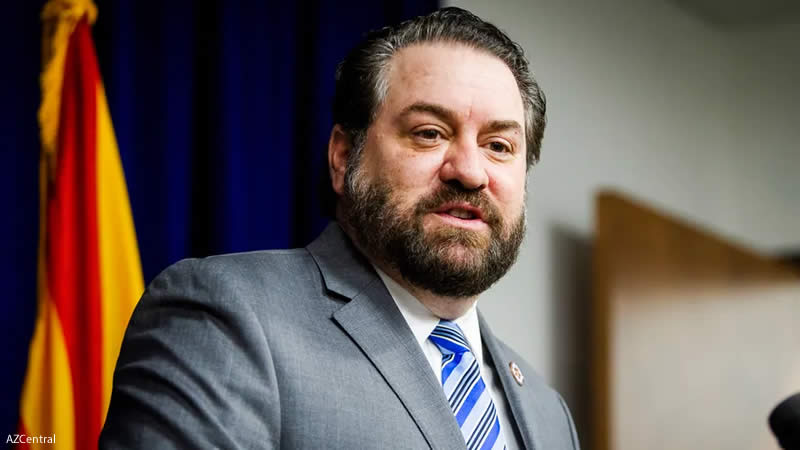 Trump has attacked Arizona attorney general Mark Brnovich for not doing more to support his efforts to overturn the 2020 election.

Arizona’s Republican attorney general recently retaliated against hecklers who kept interrupting him by telling them the “truth hurts” for not aggressively investigating allegations of 2020 election fraud.

“I know people are upset. But you know what? We’re conservatives. The Constitution matters,” Mark Brnovich, who is running for U.S. Senate, said at a GOP primary debate in Phoenix on Thursday.

As he defended his office’s work to protect against election fraud, people continued to shout at him, leading him to tell the audience: “Please respect me and let me finish my answer.”

“If the truth hurts, then just shut the hell up, all right?” he added, according to AZ Central and footage from the event posted on social media.

One of Brnovich’s rivals, venture entrepreneur Blake Masters, received Donald Trump’s support earlier this month. The former president informed supporters: “Blake knows that the ‘Crime of the Century’ took place. He will expose it and also, never let it happen again,” referring to the Big Lie that the 2020 election was stolen from Trump.

Additionally, Trump referred to Brnovich as a disappointment since he wouldn’t do more to overturn the results and accused him of not backing “clean and fair elections, or law and order.”

Brnovich has remained submissive to Trump despite several criticisms. In response to recent criticism from Trump, the Brnovich campaign declared that he wanted to prevail in the primary.

The campaign stated, “We look forward to working with President Trump to defeat [current Democratic Sen. Mark] Kelly in fall. Brnovich still had “multiple ongoing investigations regarding the integrity of the 2020 election,” it was also stated.

Brnovich stated shortly after the 2020 election that there was no proof of an electoral plot and that “there are no facts that would lead anyone to believe that the election results will change.”

However, he carried out an analysis of the election while courting Trump’s support for the Senate contest. In the end, there was no evidence of fraud that might have altered the outcomes.

No proof of significant electoral fraud was also found in Arizona’s many investigations, including a heavily criticized Republican assessment in the state’s largest county.