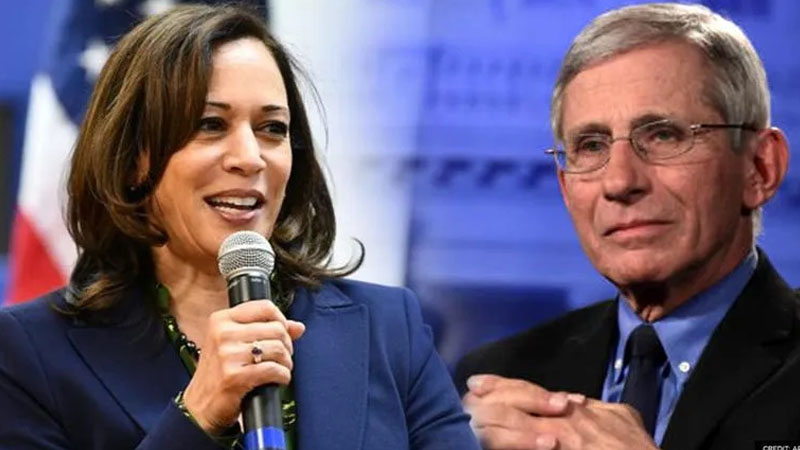 Kamala Harris said something about COVID yesterday that was pretty hard to believe. The scientists “upon whose advice and direction we have relied on” and the Biden team, according to Harris, “didn’t see” variants like Delta and Omicron coming.

Now, that looked like a nonsensical comment, because there were already varieties happening before Biden and Harris took office — and everyone who knows anything about viruses knows that variants and mutations are inevitable. As a result, she was effectively claiming that the administration, which is always yelling “science, science, science,” was unaware of basic science. “We have not been victorious over it,” she said, referring to Joe Biden’s claim that we gained independence from COVID on July 4.

She also caused a stir when she indicated in an interview with the Wall Street Journal that she and Biden had not discussed running again, despite White House Press Secretary Jen Psaki saying last month that the administration’s official position was that he would run again.

Dr. Anthony Fauci refuted Harris’ allegation that scientists were unaware of the prospect of variations today on “Meet the Press with Chuck Todd.” He attempted to clarify what Harris had stated. Yes, he saw the variants coming, and he believed Harris had been taken a “bit out of context.”

“I believe she was referring to the fact that the extraordinary number of mutations and amino acid substitutions, particularly with Omicron, no one had expected it that much. But we were well-prepared and expected that we were going to see variants. There`s no doubt about that.”

Fauci claims “we were well prepared” — seemingly the exact opposite of what Harris was implying.

It’s bad enough that Fauci, who can’t be trusted himself, has to clean up after Harris.

These characters are like a clown car of constant incompetence. And they’re perplexed as to why people don’t believe what they have to say?

But, according to the transcript of the interview, Fauci mentioned something else to Chuck Todd that I find a little perplexing, given their previous approach to COVID:

Now, if you are vaccinated and you`re exposed, you don`t need to isolate yourself. Some people — and I think it would be prudent to wind up getting tested. Testing now is so much more available, Chuck, than it was in the past, and we`re going to be doing even better looking forward over the next few weeks to a month.

So, again, you don`t need to isolate yourself or quarantine yourself, for sure, if you are vaccinated. But you might want to get a test a couple of days later to just make sure that you have not had a breakthrough infection if in fact you`re vaccinated and hopefully boosted.

Add another thing into the mess that this administration is on the subject.