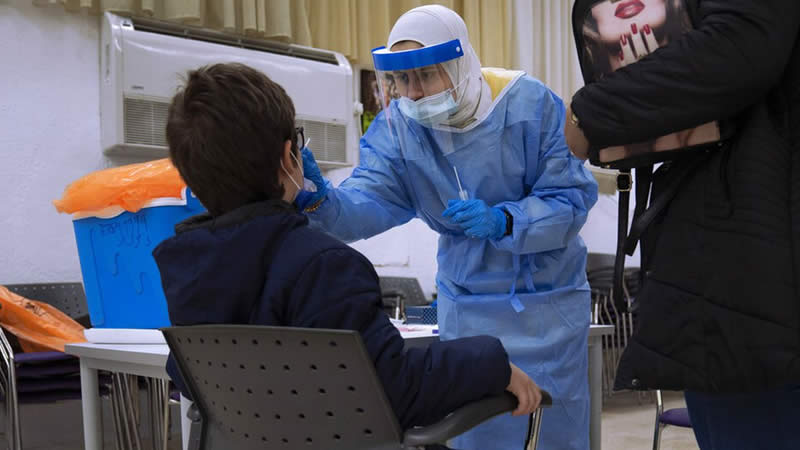 The novel Omicron sub-variant XBB.1.5 is causing concern in Asia and the United States, where it is quickly spreading.

The World Health Organization (WHO) has identified XBB.1.5 as the “most transmissible” COVID strain so far. It is a sub-lineage of the Omicron subvariant XBB.

The subvariant, called the Kraken on social media, is fast spreading in Asia and is thought to account for more than forty percent of COVID cases in the United States, making it the dominant strain in the country.

It accounted for only 4% of cases at the beginning of December, but it has quickly overtaken other Omicron variants.

COVID-19 hospital admissions have increased in recent weeks in the United States. The symptoms of XBB.1.5 are considered to be similar to those of prior Omicron strains, however, this has yet to be confirmed. The majority of people have cold-like symptoms.

WHO scientists verified on Wednesday that XBB.1.5 had a “growth advantage” over all other sub-variants seen thus far. However, they stated that there was no proof that it was more serious or harmful than prior Omicron versions.

The rate at which XBB.1.5 spreads is a “concern,” according to Maria Van Kerkhove, COVID-19 technical head at WHO.

“The more this virus circulates, the more opportunities it has to mutate,” she said, adding that more rounds of transmission do not have to result in more deaths, due to the wide availability of drugs and vaccines.

According to Professor Ravindra Gupta of Cambridge University, a modification to Omicron’s spike protein makes XBB.1.5 more capable of avoiding antibodies. The change also allows it to cling to and enter cells.

The WHO stated that it will keep monitoring lab studies, hospital data, and infection rates to learn more about its impact on patients.

Miss Vietnam organizers forced to apologize for see-through gown: “It’s very unfortunate”
Kohberger spoke up in class, except when the topic was the Moscow killings