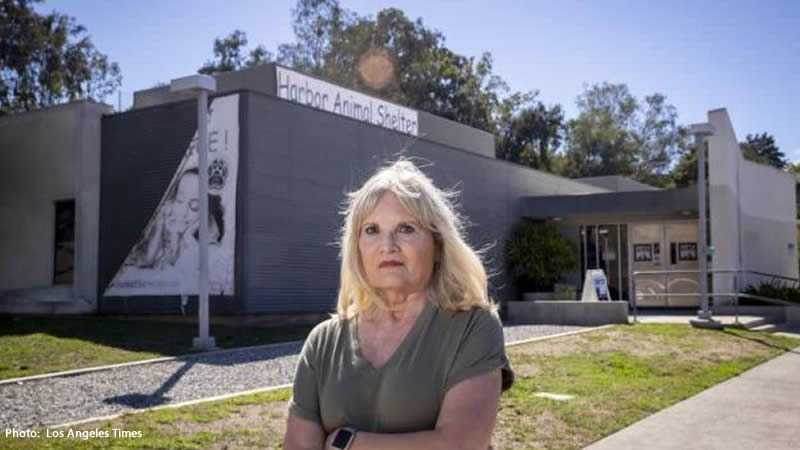 A volunteer who criticized the city of Los Angeles’ care of rabbits and other small mammals at the San Pedro animal shelter was fired by the city in a recent Times story.

She claimed Rivera told her she was “insubordinate” after she refused to hand over her phone before a meeting with him at the Harbor shelter on Friday.

Agnes Sibal, a spokesperson for Animal Services, stated that the department does not comment on personnel matters.

Bunker and other volunteers recently described seeing small mammals go without food and water, forcing them to spend their own money on animal supplies.

Every year, thousands of rabbits, guinea pigs, and hamsters pass through the city’s six shelters. Volunteers at several shelters said the city relies too heavily on them to care for the small mammals.

Bunker, a San Pedro entertainer and piano and voice instructor, said department staff asked her to come in for a meeting. When she arrived, she was told to turn in her personal phone.

Bunker stated that she wanted to keep the phone to record the meeting and refused Rivera’s request to hand over the device.

“I said, ‘Are you a lawyer, Juan?’” Bunker said. “‘Are you sure you know my legal rights? Because my lawyer says I have a right to have a phone.’”

“He said, ‘You’re being insubordinate. This meeting is over,’” Bunker said. She was then told to be escorted out.

Bunker criticized City Councilman Paul Koretz, who is in charge of animal welfare in the city, for the state of Animal Services.

“The buck stops with him,” Bunker said. “Animal Services — they’re just so poorly run and there’s no accountability.”

Koretz told The Times that he values the city’s volunteers but doesn’t know enough about Bunker’s situation to respond. “I expect to release my report on the department within the next week or so along with a first set of proposals to start addressing the issues at L.A. Animal Services, including both the volunteer program and small animals,” Koretz said.

South L.A. City Councilman Marqueece Harris-Dawson, who sits on the committee that oversees animal issues, said Thursday that he visited the city animal shelter in his district this week.

“I saw the general neglect of the overall facility,” Harris-Dawson said, adding that the small-mammal room was a “mess.”

“People have been raising [issues] at this shelter for me, and I definitely saw and felt what they’re saying,” he said.