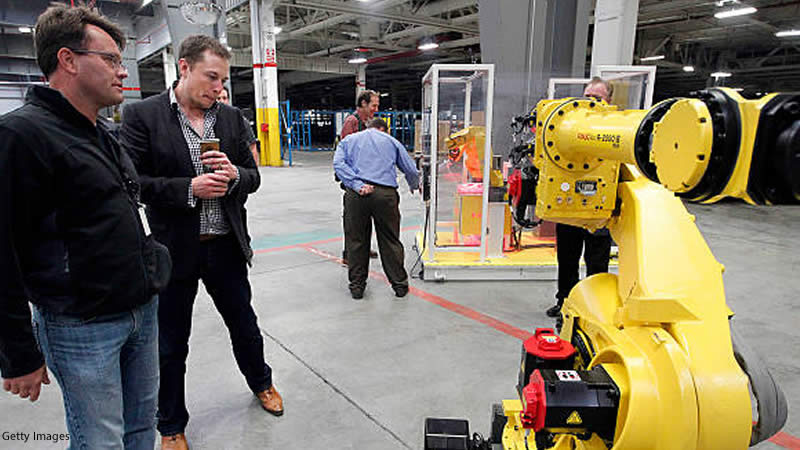 But on Friday night, all they could do was walk across the stage gingerly and “raise the roof.”

The Tesla CEO unveiled his highly anticipated Optimus robot prototype at the company’s annual AI Day, which shows the company’s efforts in artificial intelligence and robotics. Musk billed it as a talent acquisition event.

Musk warned against having high expectations before the robot debuted. He did, however, say that the latest Optimus iteration would be a step up from last year’s event when a dancing human dressed as Optimus took the stage.

He was correct in that regard. Though it had Hollywood looks (C-3P0 meets Terminator), the Optimus displayed a few functions that had not previously been seen on models from other companies that YouTube viewers had already seen: the robot that looks like a dog, the humanoid that works in the warehouse, and the cute Honda robot with roots dating back to the 1980s.

Tesla first illustrated the Bumble C, a bare-bones prototype with visible wiring that walked to the front of the stage, waved, made a roof-raising gesture, and then carefully walked back.

Musk stated that it was the robot’s first time working without a tether. The company showed videos of it performing more difficult tasks, such as lifting a box from a shelf and picking up a watering can and watering plants.

Following the Bumble C was Optimus, version one, which has fewer exposed parts and a silver torso. It waved and was pushed to the side after being wheeled to the front of the stage by three Tesla employees. Musk stated that the robot would be tested internally at Tesla’s auto factory to determine “how useful” it is.

“Optimus, I think, has maybe a two order of magnitude potential improvement in economic output,” he said. “It’s not clear what the limit actually is.”

Musk stated that the Optimus bots would eventually be mass-produced and would cost less than $20,000 each. He went on to say that Optimus’ performance would improve in a few weeks.

“We want to have really fun versions of Optimus,” Musk said. “Optimus can both be utilitarian and do tasks but can also be kind of like a friend and a buddy and hang out with you.”

Automation is already a big part of car production, with large industrial robots doing things like putting doors on and lifting. However, livestreamed prime-time productions about it are unusual.

“There’s an emotional appeal to people when you see a robot that looks like a human,” Ford said. “There may be some specific applications. But for the most part, that’s not the case — certainly not in factories.”

L.A. Volunteer criticized conditions at the animal shelter and says she was fired
Biden student loan relief application will be available soon: Here are 5 steps to prepare