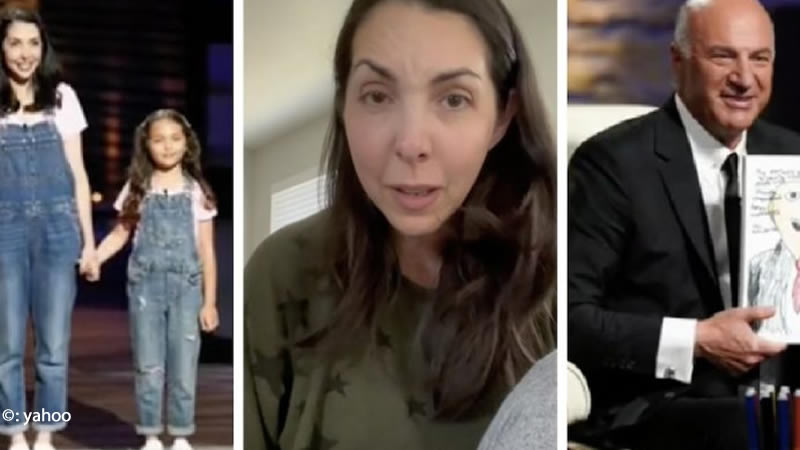 A mother claims that after appearing on Shark Tank, she and her daughter were bullied. She is now urging an end to cyber bully.

Big Bee Little Bee, a children’s accessory business, was founded by Amy Leinbach and her 7-year-old daughter, Marlo Leinbach. Marlo and Amy invented everything, including their Marker Parker, which keeps marker caps contained.

The mother saw her appearance on Shark Tank, where she offered 20% equity in exchange for a $100,000 investment, as a necessary business move.

The Sharks ultimately decided not to work with the duo. Leinbach, on the other hand, is not concerned about the show’s outcome. She’s not even upset that some people disliked her; she expected “trolls.” What surprised her was the extent of the harassment and bullying she and Marlo faced, as per Yahoo reports.

Within 48 hours of the show’s airing, she received a flood of negative feedback in her DMs and on social media. She couldn’t get out of bed because she was overcome with grief. But it wasn’t just Marlo she was thinking about.

“I think about all of the teen and tween girls and boys who are living in this socially connected world who — what if they were criticized in that way? And I know they are,” she said.

Leinbach was puzzled as to how “hateful comments” could affect younger people because she couldn’t take it as an adult.

“This stuff is hurting me. I know I’m a good mother. I know I don’t exploit my child for my own personal gain. But words matter,” she added.

TikTok users stood by the mother and couldn’t have felt more different than the bullies.

“Very out of the loop, but I can’t imagine anyone judging you for allowing your daughter’s ideas to become a reality! That’s amazing!! Don’t stop,” a person said.

“Don’t let keyboard warriors take away such a big accomplishment!” a user wrote.

“Dropping everything you are doing to help your daughter bring her idea to life is AMAZING parenting,” a TikToker commented.