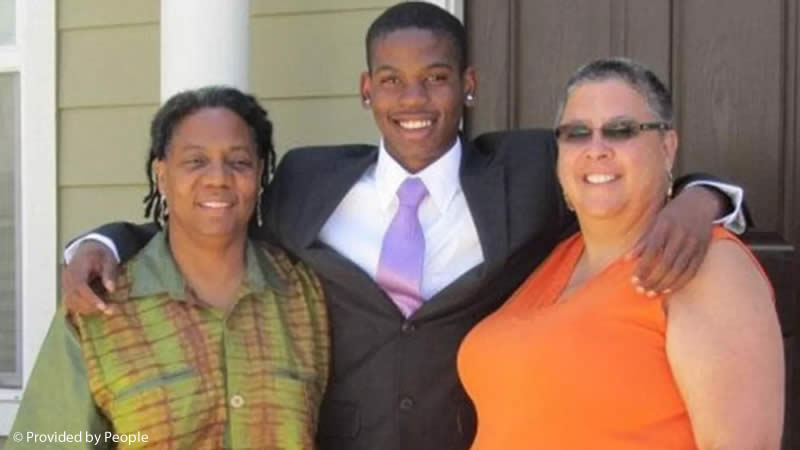 Dana Rivers has been charged with three counts of murder, arson, and other charges

Six years after three people were killed in their East Oakland home, a former teacher in California will go on trial next Monday.

Dana Rivers, 67, is accused of killing Patricia Wright, 57, her wife Charlotte Reed, 56, and Wright’s 19-year-old son Benny Diambu-Wright. Rivers, according to police, then set fire to the family’s home in an attempt to destroy the evidence.

Rivers has pleaded not guilty to all charges and is being held without bond.

According to a statement of facts obtained by the Los Angeles Times, just after midnight on November 11, 2016, police received a report of gunshots being fired at the victims’ home.

Officer Hector Jiminez stated that when police arrived on the scene, they found Rivers covered in blood and carrying knives, ammunition, and brass knuckles.

Police discovered the bodies of Wright and Reed, who had been shot and stabbed to death, inside the house. They also found Diambu-Wright’s body near the front door. He’d been shot to death.

Rivers allegedly “began to make spontaneous statements about her involvement in the murders,” according to Jiminez.

Rivers has been charged with three counts of murder, as well as possession of a firearm, brass knuckles, and arson. She faces life in prison if convicted.

Rivers became a national advocate for transgender rights after being fired from her teaching job at Center High School in Antelope, Calif., just outside Sacramento, in 1999. Rivers claimed at the time that she was fired for discussing her transition with her teenage student.

Rivers accepted a $150,000 settlement after months of legal battles and appearances on Today and Good Morning America.

Although authorities confirm that Rivers knew the victims, no motive has been revealed in the case.

PEOPLE was unable to reach her attorney. The trial should last at least a week.

Biden student loan relief application will be available soon: Here are 5 steps to prepare
The Felicia Teo case: Man admits to dumping a dead body, sentenced to 26 months in prison