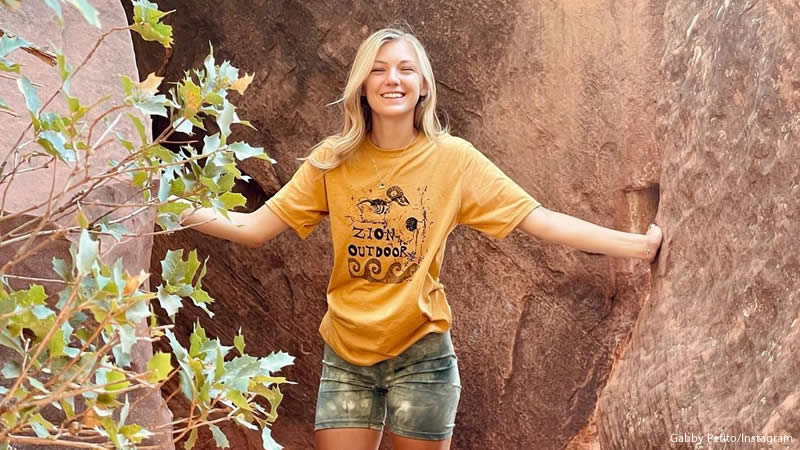 Gabby Petito’s parents are working with senators and governors to develop a nationwide missing person’s database that is available from anywhere to help other families whose loved ones have gone missing.

Gabby’s father, Joe Petito, tells TMZ… His daughter’s case greatly benefited from national media coverage, but he recognizes that this is not the case for everyone. Joe believes that every missing person deserves the same level of attention as Gabby, which is why they’re fighting for the government’s NamUs program to be expanded.

NamUs is a nationwide information resource site for Americans who are missing, unidentified, or unclaimed. The program, which is financed by the Department of Justice, provides technology, forensic services, and investigative support to help solve cases of missing people and unidentified remains.

It’s only available in 11 states, which is an issue.

Gabby’s parents created a list of U.S. senators and began calling each one to rally support for increasing NamUs access two months ago. After only half of the list, Joe says they were overwhelmed by the flood of favorable answers, and he adds that they received the same response when they contacted governors’ offices.

Senators Elizabeth Warren, Ted Cruz, and Dianne Feinstein’s policy staff are now consulting with the family… just to name a few. So far, everyone seems open to creating legislation that includes NamUs, but Gabby’s family won’t be satisfied until bills are introduced federally and in every state.

Joe stresses that this is not a partisan issue, but rather one that should unite all Americans. Every year, nearly 4,000 unidentified remains are discovered, which hits close to home for him because seven dead were found just during the search for Gabby.

Gabby went missing while on a road trip with her lover Brian Laundrie, as you may know. Gabby’s body was found in Wyoming a week after she was reported missing, after a worldwide search and constant media coverage.

Joe encourages people to contact their governors and senators to express their support for NamUs and to let them know that every missing person deserves equal attention.