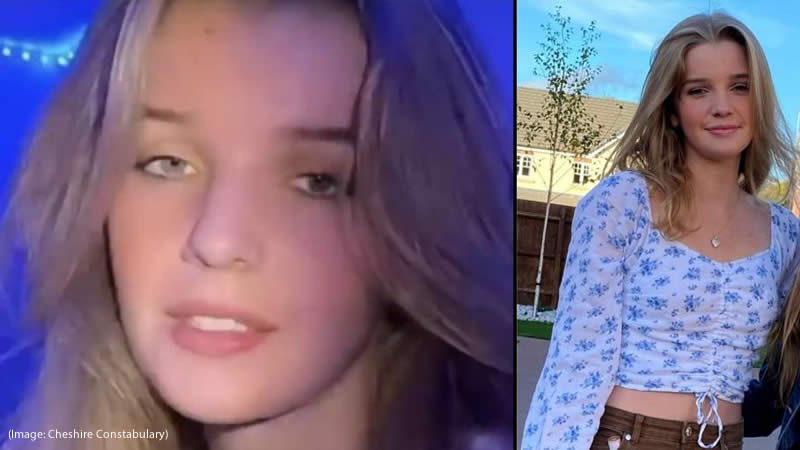 Although the human remains have not been formally identified, they are thought to be those of Imogen Tothill, who went missing on Tuesday.

A body has been discovered in a wooded area by police searching for missing teenager Imogen Tothill.

Although the human remains have not been positively identified, they are thought to be hers.

They were discovered in Holmes Chapel, Cheshire, near the Ravenscroft area.

Imogen’s death is not being investigated to be suspicious.

Her family has been informed and a case file will be prepared for a coroner.

“Our thoughts are with Imogen’s family at this difficult time,” Cheshire Constabulary said.

After failing to return to her Holmes Chapel home on Tuesday, the 17-year-old was reported missing.

Police had been looking for her all night but had come up empty-handed.

Inspector Mike Crimes had previously stated that her disappearance was “totally out of character for her” and police were “becoming increasingly concerned for her welfare”.

As per News Sky, officers had requested Imogen’s CCTV or dashcam footage to aid their investigations.

Her phone was turned off, and she was last seen on Middlewich Road in Holmes Chapel at 12.40 pm on Tuesday, according to a relative who posted an appeal on Facebook.

“We just want our beautiful girl home,” the message read. “No words can describe how much we miss and love her.”

Community ‘devastated’ by the news

Dane Valley Financial Services, a Holmes Chapel-based business, said they are “devastated to hear of the tragic news”.

“As a mark of respect to the Tothill family, we will not be posting on social media for the next few days,” they said.

Phil Davies Butchers, a local shop, said: “We are beyond devastated to learn of the tragic outcome following the search for Imogen today.

“We send our love and thoughts to her family, friends and the many of you touched by this heartbreaking loss.

“As a mark of respect to the Tothill family and their friends, we will not be posting on social media for our business for the next few days, to allow the community time to grieve.”