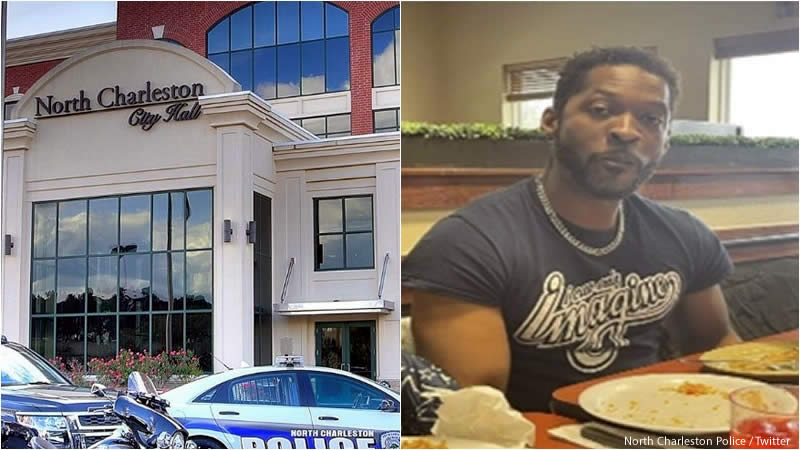 North Charleston Police looking for a patient who allegedly left a mental health hospital last week and caused a nonfatal crash on Interstate 26 by darting in front of traffic.

According to a police incident record, Qasim Muhammad fled Palmetto Lowcountry Behavioral Health on April 7 when staff was moving him and others between buildings.

At around 7:35 a.m. that morning, the facility reported the 43-year-old man’s escape to North Charleston police, The Post and Courier reported.

Muhammad was seen crossing I-26 in front of numerous automobiles, causing a nonfatal crash in the eastbound lanes, according to officers. According to the report, the patient ran in an unknown direction following the incident.

On April 12, North Charleston police continued their search for the man.

Muhammad was sent to Palmetto Lowcountry Behavioral Health on an involuntary basis, where he was being treated for paranoia.

According to the incident report, the New York man has no local family and is unfamiliar with the Charleston area.

Jamal Sutherland, a 31-year-old man who was diagnosed with bipolar disorder and schizophrenia as a youth, was also treated at Palmetto Lowcountry Behavioral Health.

Sutherland attempted to flee a nursing station on Jan. 4, 2021, resulting in a fight with staff. Sutherland allegedly hit a healthcare worker in the face, threw him to the ground, and kicked him repeatedly, according to hospital workers.

Sutherland was able to flee to another facility, and staff had to follow him back to the original area. Sutherland was then released and turned over to North Charleston police, according to the report. After deputies used Tasers, pepper spray, and physical force to drag him from a detention cell for a court hearing, he died the next day at Charleston County jail.

Palmetto Lowcountry Behavioral Health was cited by the South Carolina Department of Health and Environmental Control for failing to disclose the assault that placed Sutherland in the county prison.

In an email dated April 12, the mental health facility’s CEO, Sharon Pudlo, stated that the facility was working with authorities to locate Muhammad and return him safely.

“In addition, we are conducting an internal investigation,” she said. “Per our regulatory obligations, we are reporting the elopement to DHEC.”

In a follow-up email, Pudlo did not say whether the facility reported the escape to state regulators on April 7.

Muhammed was last seen dressed in a blue long-sleeved shirt, blue pants, and no shoes. With dark hair and brown eyes, he stands about 5’9 inches tall and weighs 161 pounds.

It’s Your Last Chance To Get It With The Third Stimulus Check
COVID-ill Mother, who doesn’t Remember giving Birth after a Long Battle with the virus that nearly took her life, is reunited with her baby