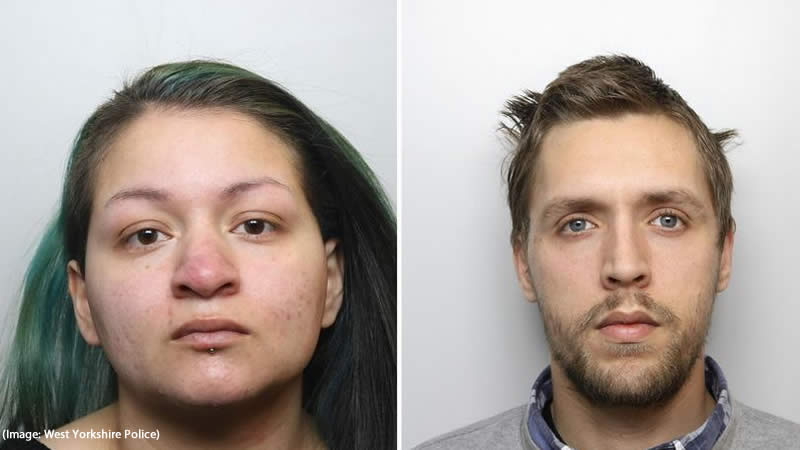 A five-year-old girl was forced to lie in a bath full of cold water by her mother and stepfather as a “punishment for misbehavior” that a judge described as “extreme, calculated, and tortuous,” leaving her “minutes from death,” the court heard.

A pediatric consultant said she had never seen a patient survive with a core temperature as low as 25 degrees Celsius, describing her condition as “more consistent with someone who had fallen into the North Sea.”

Paramedics found the girl sitting on a couch in her home, her eyes open but unresponsive. The court heard that she was blue and frothing at the mouth. She had a seizure in the hospital and was warmed with a special machine to increase her core temperature.

According to Yorkshire Live, the judge at Leeds Crown Court stated that she now ‘appears to be thriving’ living with her biological father. The court heard that the girl gave a statement to police in which she stated that she had laid down because ‘mummy asked her to’ and that it ‘made her sad.’

Georgia Newman, 29, of Huddersfield, and her 29-year-old partner, Jordan Kilkenny, who is now in prison, placed the child in a cold bath at their Leeds home on November 1, 2019, and then left her there.

Newman, who was 34 weeks pregnant at the time, lied to hospital staff, telling them the girl had ‘slipped and banged her head in the bath and blamed it on the bubble bath and said she would not be buying that brand again’, the court heard on Monday.

Prosecutor, Richard Woolfall, said the emergency services ‘scooped her up and took her to the hospital due to her critical condition. He said: “A paramedic attended at 3.31 pm and was directed into the living room where the five-year-old complainant was on the couch with her eyes open but unresponsive. She was blue and frothing at the mouth.

“Jordan Kilkenny said she had fallen in the bath and he had given her CPR. He [the paramedic] noted she was so stiff he couldn’t move her. He tried to get an oxygen reading from her finger but no reading could be obtained because she had shut down because she was so cold.

“Her chest was making crackling noises suggesting she had inhaled water in both lungs. In 19 minutes an ambulance arrived and she was scooped up and taken to hospital.”

While at the hospital, a temperature check showed the girl had a temperature of just 25.1C and a low heart rate. She also suffered a seizure and doctors believed she was ‘close to death, the prosecutor said.

Mr. Woolfall said: “The mother was spoken to again and she said her daughter was found in the bath and was found face down by her partner.

Defibrillator pads were put onto her chest in case she went into cardiac arrest so they [hospital staff] were in a position to restart her heart immediately.” The court heard the girl also had to be warmed using a machine that would increase her core temperature

Mr. Woolfall said: “A pediatric consultant said she had never seen a patient with a core temperature of 25C who had survived. She indicated that the temperature was more consistent with someone who had fallen into the North Sea for a time before being taken out. She said she believed she was minutes from death.”

According to a statement from a professor of infant health and developmental physiology, the girl would have been in the bath for one to three hours.

He said: “Once the shivering stops the person becomes drowsy. If the parents were in the room with her they would be well aware she was becoming unwell 30 minutes before they found her.”

The court heard there was also a delay of between 30 minutes and 45 minutes from when the girl had been found to the call to the emergency services.