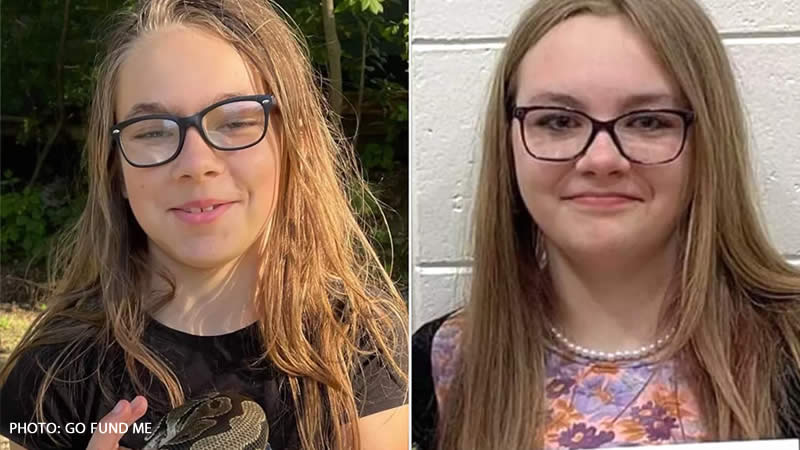 Six people, including 12-year-old Sofina and 14-year-old Natalie Kleemeier, were found dead in an apartment in Hartland, Wisc.

The father of two of the Wisconsin girls killed in a murder-suicide is speaking out — and mourning the loss of his two daughters, whom their stepfather murdered.

“They were fun, loving girls,” Kyle Kleemeier told WISN-TV. “They were the sweetest little girls ever.”

Kleemeier’s two daughters, Sofina, 12, and Natalie, 14, were discovered dead inside a Hartland apartment with their mother, Jessica McKisick, her new husband, Connor McKisick, and the girls’ 3-year-old twin half-brothers.

Six people were killed by gunshot wounds. According to police, Connor McKisick’s gunshot wound was self-inflicted.

Firefighters discovered the deceased after a fire swept through their apartment building. Detectives found “evidence of an ignitable liquid” inside the family’s apartment “where it would not normally be found,” Hartland Police Chief Torin Misko said at a press conference Monday night, according to WISN.

The apartment complex had four units. Ten other residents were able to flee the other three apartments.

Kyle Kleemeier said he had trouble believing his girls were truly gone.

“I just broke down. I was angry, in disbelief like it didn’t happen like they had the wrong address,” he told WISN-TV. “I didn’t really believe it until I went to the coroner’s office, you know, and had to identify my girls.”

A family member has created a GoFundMe page to raise funds for the girl’s funeral expenses.

Kleemeier is now confused b questions about why his daughters’ stepfather did what he did.

“I know they had their issues and problems like anyone else,” he tells the news station, “but this would be the last thing I would expect or thought would have happened. You know, millions of questions. Why? You could have just dropped them off by me. I don’t know.”