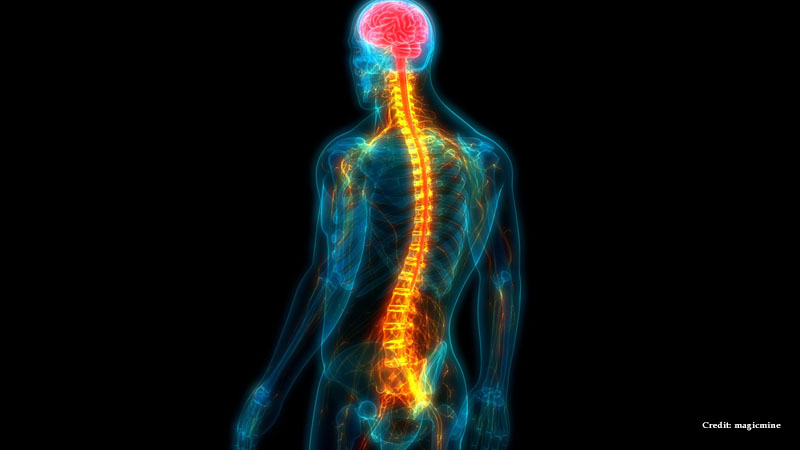 AZD1390 is under investigation by AstraZeneca, which helped develop a Covid-19 vaccine that has seen more than two billion doses released worldwide

It has also been shown that a cancer drug under development that reaches the brain can repair nerves within four weeks, restoring motor function in spinal injuries.

Scientists have found that the drug, known as AZD1390, can block the body’s reaction to DNA damage when taken orally. This enables nerves to self-repair, restoring sensory and motor skills.

The finding comes after the same University of Birmingham study team discovered that a different medicine under investigation can lessen damage after a spinal injury by suppressing the inflammatory response, as per Hull Daily Mail.

AstraZeneca, which helped in the development of the Covid-19 vaccine and has distributed more than two billion doses worldwide, is looking at AZD1390.

Researchers were examining the drug’s capability to prevent the signaling and repair of damaged DNA strands, a process that happens after DNA damage and spinal injury, as part of their Open Innovations Program.

Cancer cells would become more susceptible to radiation therapy as a result.

The chronic activation of this system, according to Professor Zubair Ahmed and Dr. Richard Tuxworth, may hinder spinal cord injury healing, whereas blocking it may encourage nerve rebuilding and restore function.

Their initial research, which was reported in the journal Clinical and Translational Medicine, revealed that the medication stimulated cultured nerve cells while inhibiting the ATM protein kinase pathway, a crucial biochemical process that controls the body’s reaction to DNA damage.

The drug’s impact on spinal recovery was then tested on animals by the researchers.

They showed that when given orally, it inhibited the ATM protein kinase pathway, enabling nerves to regenerate both near and far from the injury.

“We are particularly excited about AZD1390 which can be taken orally and reaches the site of injury”.

“Our findings show a remarkable recovery of sensory and motor functions, and AZD1390-treated animals being indistinguishable from uninjured animals within four weeks of injury.”

Dr. Tuxworth added: “This early study shows that AZD1390 could be used as a therapy in life-changing conditions.

“In addition, repurposing this existing investigational drug potentially means we can reach the clinic significantly faster than developing a new drug from scratch.”

The study was published online July 12 in the journal Clinical and Translational Medicine.

Husband wakes up with large red stripes all over his back in a tourist spot – wife realizes their big mistake
Newborn started having seizures and was placed on a ventilator before he died at just 34 days old after contracting a virus: “This virus stole my son from me”