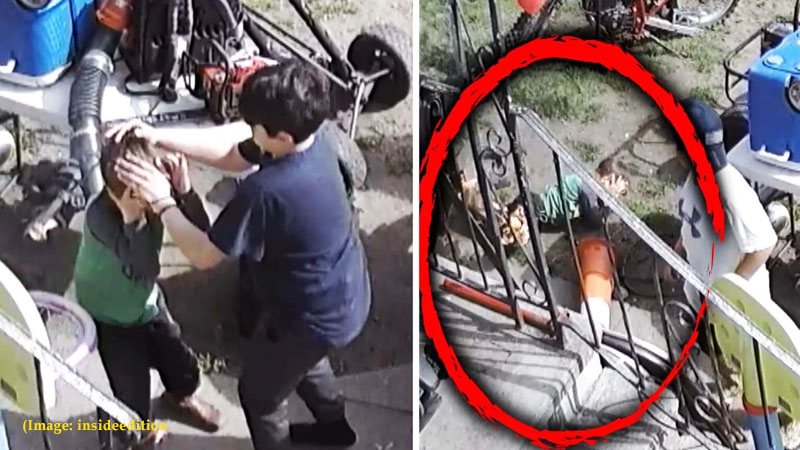 “How can you do this to my child and my family?” Laura Giacobbe said. After an investigation, police said there was no evidence that the 6-year-old boy was burned deliberately, as his family had initially claimed.

Police in Bridgeport, Connecticut, recently reported that their investigation found no proof that 6-year-old Dominick Krankall was intentionally burned, as the boy’s family claimed was done by a neighborhood bully.

Now, the mother of the alleged bully boy is speaking out and providing surveillance video of the alleged incident, which appears to show a far different account from what was initially reported, according to Inside Edition reports.

“I want the truth out that there was no bullying at all, whatsoever,” Laura Giacobbe told Abc7ny.

Dominick was admitted to the hospital on April 24 with severe burns to his face and body as a result of the incident. His parents claimed that Dominick’s 8-year-old neighbor poured gasoline on a ball, lit it, and threw it right in his face.

Dominick’s condition, as well as the fact that he wants to be a cop, moved local cops to organize a parade outside the hospital to cheer him up.

Giacobbe claims she left two of her children in the care of Dominick’s mother, Maria, on the day of the event to do an errand. “She told me she had them, that they were safe, they were fine in the backyard,” Giacobbe said.

The children are seen setting a soccer ball (not a tennis ball) on fire and then kicking it. In the moments leading up to Dominick’s injuries, Giacobbe’s kid takes a can of gasoline, pours it into a cup, lights it on fire, and drops it on the ground.

Dominick then moves over to the cup, which catches fire. It’s possible that his pants were wet with gasoline. According to authorities, it was careless play, but not the type of intentional attack that Dominick’s family had claimed.

“They weren’t playing with gasoline until I had left, so that’s when she had stated in the window to put it away. She should have come down there and should have removed it from them, and she neglected it. She neglected as a mother to do that,” Giacobbe said.

According to police, there was no proof of bullying on the video after an inquiry. It was a win for Giacobbe, who claimed that she and her son had been unfairly maligned. “How can you do this to my child and my family?” she said. There were no charges filed. According to a neighbor’s family, the kids were attempting to imitate a TikTok video.