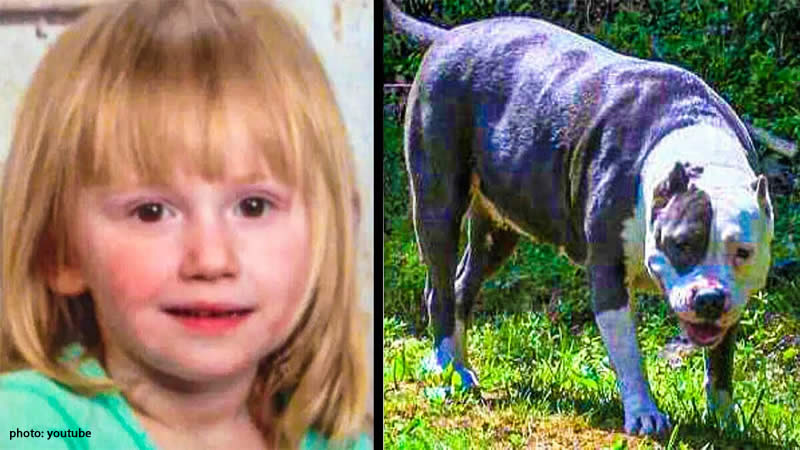 A missing child is every parent’s worst nightmare. They can’t help but wonder what has happened to them, and the fear of the unknown, as well as all the terrible possibilities, runs rampant in their minds.

While it may appear unusual in most cases, it is not. According to the National Center for Missing and Exploited Children, about 800,00 children are reported missing in the United States alone each year.

According to little things, Charlee Campbell, a two-year-old girl from Lebanon Junction, Kentucky, disappeared. People gladly dropped what they were doing in June 2018 to help to find her. Local police, firefighters, and over 100 volunteers worked together to find the toddler, who was autistic and frequently nonverbal.

Her grandma, who had been keeping an eye on her, woke up to find the front door open and both Charlee and Penny, the family pit bull, gone. Her house was in a rural area, so searchers focused on checking the nearby woods and fields, but she had not been found after nearly two days.

Charlee’s disappearance rapidly made national headlines, and missing posters with precise descriptions of her and what she was last seen wearing were spread around the town. People were looking for the toddler and her dog, and everyone wished and hoped that she would be found safe and sound.

One man who lived near Charlee’s grandmother’s house was especially concerned for her.  Wayne Brown had experienced this before when his little brother went missing back when he was just 8 years old.

He rushed outside and there in front of him was a little blond girl. She was covered in mud and ticks, but she matched Charlee’s description. He knew she was the missing girl when he spotted her shirt with a picture of a Frozen character on her, as reported in the news and on posters.

Mr. Brown immediately called the cops to report that he had found Charlee, and they came right over, picked her up, and took her to the hospital to be checked out.

Coincidentally, her dog Penny returned to her grandmother’s house around the same time Charlee was found. When Penny went away, her grandmother claims she stayed by her granddaughter’s side and made sure she was safe.

Charlee had been missing for at least 32 hours, and based on the ticks and leaves on her, authorities assume she was lost in the woods. Apart from the elements, the rural area is home to coyotes, rattlesnakes, copperheads, ticks, and a variety of other wildlife.

Penny had guarded Charlee against harm and after being checked out the little girl was found to be a little dehydrated, but otherwise healthy and in good shape.