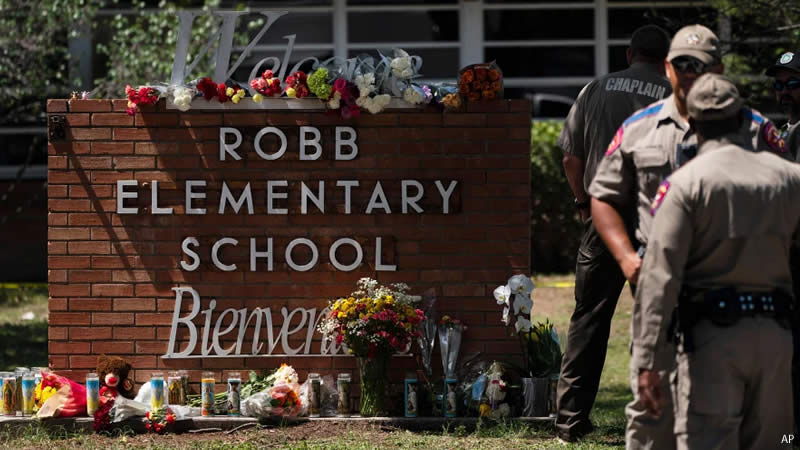 Authorities say 19 students and two adults were killed in a shooting at a Texas elementary school on Tuesday morning.

Students in Central New York return to class on Wednesday, and some may be anxious, while others may be hesitant. Despite the fact that mass shootings are rare, they are on the rise; however, this should not scare away students from returning to the classroom, where most young adults thrive.

“I pull out my calculator and say how many days have you been alive and how many days have terrible things have happened to you, we subtract that and we are left with this big number of days where wonderful things happen and bad things don’t happen.

The mass shooting on Tuesday comes just over two weeks after ten people were killed while shopping at a Tops Friendly Market in Buffalo.

“I think in our country we have a very reactive focus on mass violence and not a very proactive focus. We are not even two weeks out from the Buffalo shooting and we are already dealing with another lethal attack,” Jaclyn Schildkraut said, who is a national expert on mass shootings research.

Schildkraut has studied mass shootings for over 15 years. According to the Oswego State professor, mass shootings are rare but can occur at any time, anywhere, and on any given day. Except for the person who intends to commit it, no one knows when the next one will occur.

“Mass shootings can happen anywhere at any time, The most important thing is to not live our lives in fear, but to acknowledge that this is a real threat that can occur wherever and whenever,” Schildkraut said during a zoom interview with CNY Central.

Tanya Pellettiere, a psychologist, thinks must be willing to have honest conversations with their children about mass acts of violence, especially after what Central New Yorkers saw on Tuesday night.

“There are people out there that want to hurt people, it’s a reality that we need, to be honest with our kids about, Pellettiere said.

One way to combat anxiety is to remain positive and optimistic during difficult times. Students are encouraged to talk to their parents or someone they trust if they are worried about returning to school after the recent shootings that killed dozens of people.

Dave Chappelle’s Attacker Reveals Details Why He Tackled The Comedian: ‘It’s Not A Joke’
Father Of 33 Kids Claps Back At Social Media Calling Him ‘Irresponsible And Nasty’ After Family Picture Goes Viral