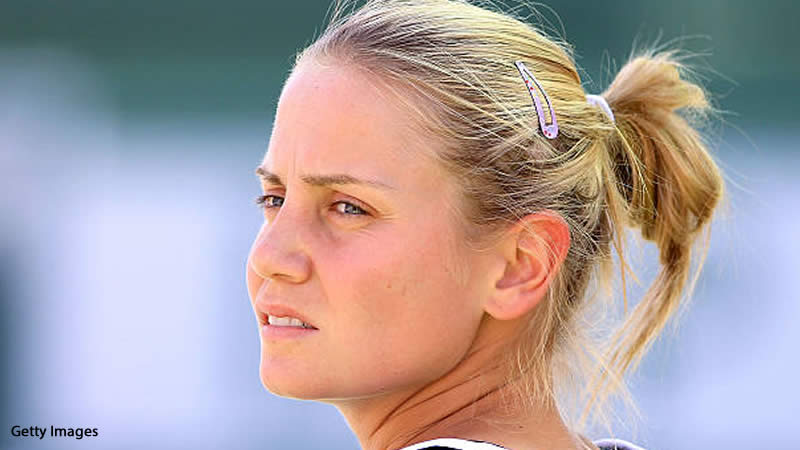 The tennis community has condemned the actions of a Serbian father after a video of the man allegedly assaulting his 14-year-old daughter during a practice session went viral.

After seeing the footage, Nine commentator Jelena Dokic said she felt “sick” and “heartbroken,” while Australian player Daria Saville said the teenager would be “broken forever.”

The disturbing video shows a man kicking and hitting the girl before throwing her to the ground and kicking her again.

Dokic, who wrote about her own experiences with an abusive father in her powerful autobiography Unbreakable, referred to the man as a “monster.”

“After watching this, I feel sick, I threw up, and I am heartbroken,” Dokic wrote on social media.

“Do you think this is harsh? It is, but it is also a typical day for many of us who have been or are abused, particularly as children.” “Consider what goes on behind closed doors. It gets worse.”

According to reports from Serbia, the man was arrested and charged with domestic violence.

According to Serbian media, if convicted, the man could face between two and ten years in prison.

“This is precisely why I spoke out and wrote about it,” Dokic wrote.

“I’ve always said that I’m not the first or last person to go through something like this, but my question now is, “Have things changed in the way our sport and society deal with it?”

“And what about this poor girl?” “Who will speak up for her and protect her?” I can speak from personal experience. Nobody.”

Croatian actor Igor Juric, who shared the footage online, told Nine’s He had no qualms about drawing attention to his father’s actions today.

“I knew the video would go viral, so I posted it,” he explained.

“I was fully aware that it could also cause harm to the girl in the video who is subjected to violence, but I chose the lesser of two evils.”

When I say lesser evil, I want institutions and citizens in Serbia to understand how much this girl is suffering.

“We need to do something serious to stop it, and I’m hoping that this will spark change in our country.”

In a translated statement, Milan Slavkovi, president of the Belgrade Tennis Association, said the father’s actions were appalling.

“We strongly condemn the violence on the tennis court during training,” he said.

“We’ve learned that the perpetrator is the father of a young tennis player, so it’s a case of domestic violence.”

“We are working with the appropriate authorities to resolve this case as soon as possible.”

‘Good Witch’ fans Just Got a Heart-Pumping Update About a Possible Season 8
COVID-19 shown to trigger inflammation in the brain: ‘A silent killer