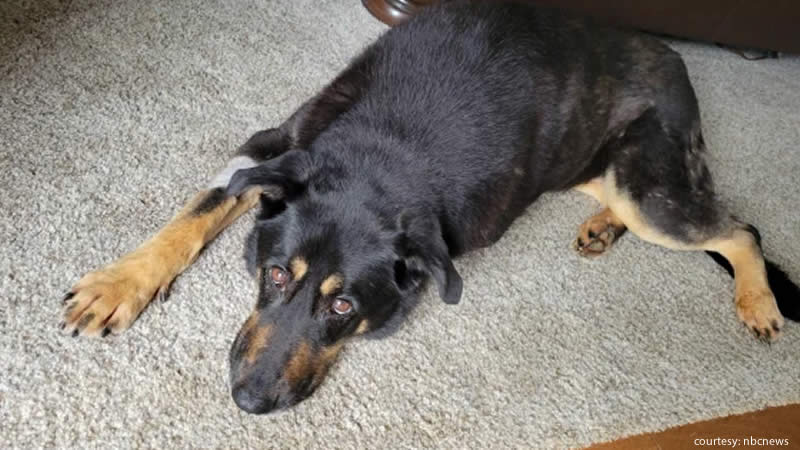 When Steve Nichols and his partner, John Winn, learned of Fezco’s suffering after he humped a male dog, they were moved.

A same-sex couple has adopted a dog that was abandoned at an animal shelter in the United States because it was ‘gay.’ situation of Fezco, who had been abandoned after he humped a male dog, moved Steve Nichols and his partner, John Winn, according to the Charlotte Observer.

“That was one of the most ridiculous things I’ve ever heard.” That’s just pack behavior, according to Nichols. Oscar, after the great Irish gay playwright Oscar Wilde, has been renamed Fezco. The adoption was announced on Facebook by Stanly County Animal Protective Services.

The dog’s previous owners, according to Nichols, were not properly caring for him. The dog is infected with heartworms and is not neutered. Fezco, on the other hand, appeared to be a lovely puppy.

As per ABC11, he is nice and follows instructions. Dogs hump their own kind to express dominance, according to animal experts.

The story of Fezco went viral.

“This is Fezco. He was abandoned by his previous owners for being “gay” after he humped another male dog. This week he was adopted by Steve Nichols and his husband, John Winn. The couple has since renamed him, Oscar, after Oscar Wilde. 14/10 for him and his new humans.”

Dogs, on the other hand, exhibit such behavior when they wish to assert dominance, according to experts. The shelter requested that local animal welfare organizations step in and nurture Fezco until he can find a permanent home. The news of Fezco’s abandonment went viral, with animal lovers rallying to help the 5-year-old Fezco.