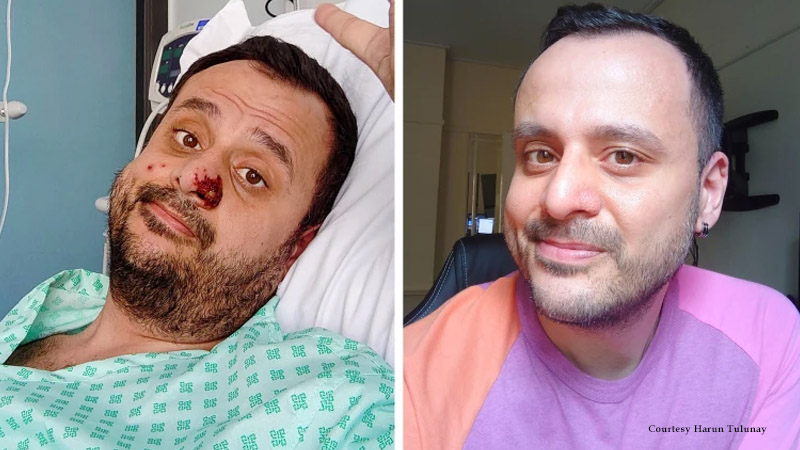 During the four months of the monkeypox outbreak, health care providers, researchers, and a worried public have been scrambling to figure out how the virus spreads, how to prevent it, and how the infection manifests itself in the body.

Following recovery from this skin lesion-causing virus, people frequently find themselves waiting for months to see if monkeypox will leave them with permanent scarring. NBC News learned from interviews with more than a dozen people who have had the virus, as well as many health care providers and researchers, that the lingering scars are not only physical but also psychological in some people. Worryingly, the virus may cause permanent damage to sensitive internal tissues, resulting in chronic pain or other severe long-term symptoms.

“Just because you’re cleared and no longer contagious, it doesn’t mean you’re totally back to normal,” said Matt Ford, 30, a bi-coastal actor who contracted the virus at the beginning of the summer and hopes that his scarring, including pockmarks on his face, will continue to dissipate. “It did a number on my body, especially in more sensitive areas.”

“I just want there to be more concrete information, but maybe that’s asking too much,” said Brad, 33, a New York City area resident who preferred to use only his first name to protect his medical privacy.

New York City health commissioner, Dr. Ashwin Vasan, acknowledged this lack of health guidance, saying, “It’s still early in the outbreak, and the kinds of long-term studies needed to understand these issues better have not been completed yet. We continue to learn from what people who’ve experienced infection and recovery are reporting.”

Concerns about sustaining visible scarring in the aftermath of the infection can be especially taxing for gay men, who account for the vast majority of global monkeypox cases and whose competitiveness to look good is famously Olympian.

“Especially for people who already have body dysmorphia or are hypersensitive to how others see them, there is this hypervigilance” of such cosmetic effects, said Preston Wholly, managing clinical director of behavioral health services at the LGBTQ-focused nonprofit health care provider Harlem United in New York City.

In July, Harun Tulunay, 35, was admitted to the hospital with a particularly severe case of the virus. He developed an atypically large purple-black lesion that covered his entire left nostril, in addition to extreme proctitis, or inflammation of the rectal tissues, and an inability to swallow. The lesion has since healed, but it has left pockmarked scar tissue behind.

“I am very obsessed with the little scar on my nose and am using lots of creams, scared it won’t go away,” said Tulunay, who, like a substantial proportion of people who contract monkeypox, has HIV.

The potential for lasting damage

Proctitis is one of the most dangerous potential monkeypox symptoms, affecting one in every four people in a Spanish study and 16% of cases in the United States for which the CDC has data. It can be excruciatingly painful, especially when defecating. Furthermore, such symptoms may foreshadow long-term consequences of the infection.

During a call with reporters on July 14, Dr. Mary Foote, a medical epidemiologist at New York City’s health department, raised an early warning that monkeypox lesions could cause permanent internal damage in some people. This could include the formation of scar tissue or strictures in the anorectal or urethral tissues, which could impair bodily function, according to her.

“It’s quite concerning,” Foote said of these potential outcomes, which she recently told NBC News might prompt the need for surgery or other interventions.

The monkeypox outbreak, which arrived during the Covid crisis’s conclusion, has rekindled pandemic-related fears that had only recently begun to fade, by isolating people infected with the virus for the few weeks it takes for the infection to resolve. And, as they struggle to recover from such a stigmatized virus, many of those who spoke with NBC News said it has taken time for them to regain their confidence and calm in the outside world — whether that is interacting with colleagues, seeing friends and family, or resuming dating and sexual intimacy.

“I just feel like I lost my mojo,” said Harun Tulunay, who, similar to Febles, finds men constantly striking up conversations with him about monkeypox, especially given how much media coverage his case received.

“They don’t seem much interested in dating me after,” he said, ruefully.

Going out dancing with friends was what John Farrey, 32, missed the most while isolated with monkeypox. So he expected to be pumped to get back on the dance floor as soon as he recovered.

But, the Brooklyn tech worker said, “I felt very terrified of my own skin” during the immediate aftermath of his infection. Being around other people, he said, “still felt unsafe.”

People have been hospitalized after the TikTok chip challenge: ‘I couldn’t breathe
TikTok Users Adore the Trending “Sticky Method” for Covering Acne and Dark Spots