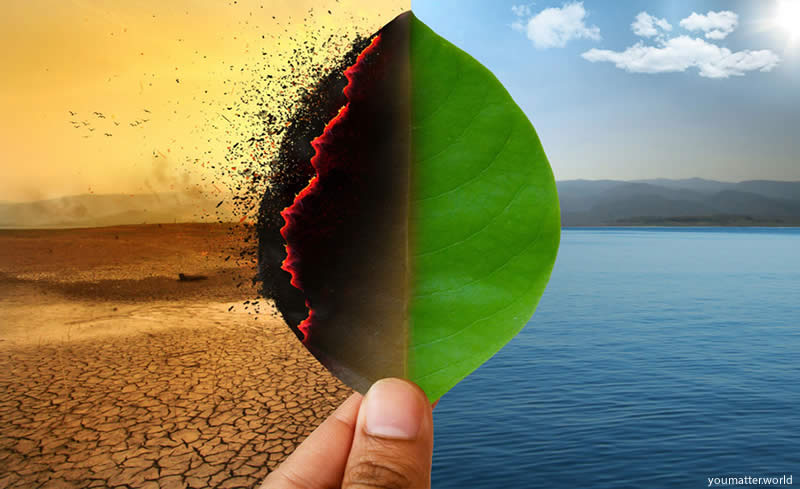 According to a study, more than half of the hundreds of human diseases, including malaria, hantavirus, cholera, and anthrax, have gotten worse due to climate risks including flooding, heat waves, and drought.

According to a study released on Monday in the journal of Nature Climate Change, researchers examined the medical literature of documented cases of illnesses and found that 218 out of the 375 known human infectious diseases, or 58%, appeared to be made worse by one of 10 types of extreme weather linked to climate change.

The analysis identified 1,006 pathways leading from climatic hazards to sick people. Rainfall and flooding can often make people sick because they bring disease-carrying rats, mosquitoes, and deer. Warming oceans, heat waves, and droughts all contaminate our food production and bring bats that can spread viral infections to humans.

Since Hippocrates, doctors have linked the disease to the weather, but this study shows just how widespread is the impact of climate change on human health.

“If the climate is changing, the risks of these diseases are changing,” said study co-author Dr. Jonathan Patz, director of the Global Health Institute at the University of Wisconsin-Madison.

Doctors, such as Patz, said they need to think of the diseases as symptoms of a sick Earth.

“The findings of this study are terrifying and illustrate well the enormous consequences of climate change on human pathogens,” said Dr. Carlos del Rio, an Emory University infectious disease specialist, who was not part of the study.

“Those of us in infectious diseases and microbiology need to make climate change one of our priorities, and we need to all work together to prevent what will be without doubt a catastrophe as a result of climate change.”

To see how many conditions they could link to climate hazards in some way, including infectious diseases, the researchers widened their search to look at all types of human illnesses, including non-infectious disorders like asthma,
allergies, and even animal bites. The research found a total of 286 different diseases, of which 223 seemed to be made worse by climate risks, nine were made less severe by climate hazards, and 54 had cases of both aggravation and reduction.

The new study identifies cases when extreme weather was a likely factor among many, but does not make the calculations to attribute specific disease changes, likelihood, or magnitude to climate change.

What is important to note, according to the study’s primary author Camilo Mora, a climate data analyst at the University of Hawaii, is that the study does not try to forecast future incidents.

“There is no speculation here whatsoever,” Mora said. “These are things that have already happened.”