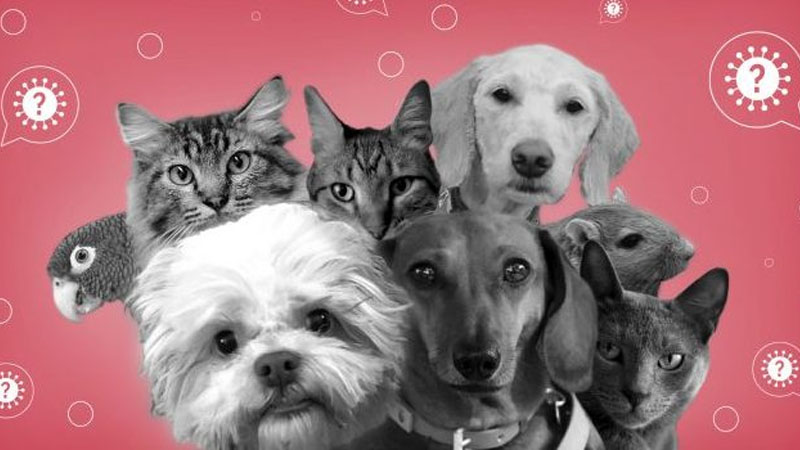 Can your pet contract COVID-19?

Yes, pets and other animals can become infected with the coronavirus that causes COVID-19, but health officials believe the risk of them spreading it to humans is low.

Dogs, cats, ferrets, rabbits, otters, hyenas, and white-tailed deer are among the animals that have tested positive, most of which contracted the virus from infected people.

While you don’t have to worry about your pets getting COVID-19, they should be concerned about getting it from you.

According to the U.S. Centers for Disease Control and Prevention, people with confirmed or suspected COVID-19 should avoid contact with pets, farm animals, and wildlife, as well as other people.

Not all infected pets become ill, and serious illness is exceptionally rare. According to the CDC, pets that show symptoms usually become mildly ill.

Some zoos in the United States and elsewhere have vaccinated big cats, primates, and other animals thought to be at risk of contracting the virus through human contact.

Because the virus spreads so easily between people, this coronavirus most likely jumped from animals to humans in the first place, sparking a pandemic.

However, it does not easily spread from animals to humans. According to Weese, minks are the only known animals to have caught the virus from humans and spread it to other animals.

Three countries in northern Europe reported cases of the virus spreading from humans to minks on farms. The virus spread among the animals before being passed back to farmworkers.

The ease with which animals can get and spread the virus may vary with different variants, and the best way to prevent the virus from spreading among animals is to control it among humans, Weese says.