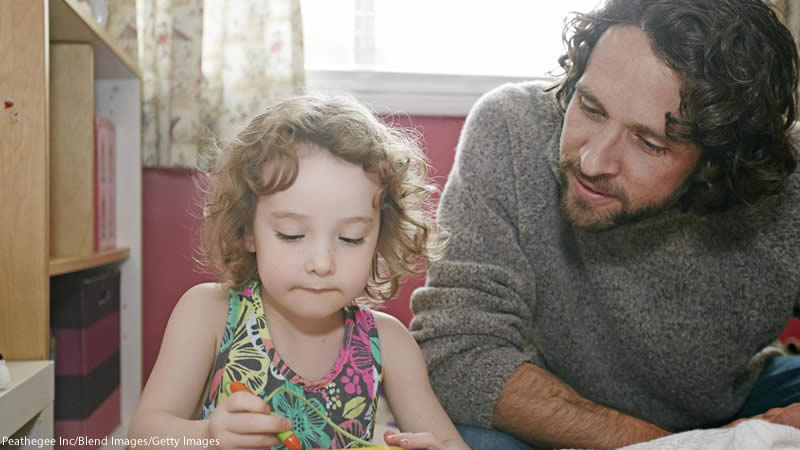 When a child develops an interest, it’s natural for parents to want to see them succeed. However, there’s a difference between healthy encouragement and pressure to succeed.

It’s a good indicator when a child displays an interest in — and even a talent for — something, whether it’s academics, athletics, or more creative interests. However, all too frequently, parents fall into the trap of pressuring their children to achieve rather than simply allowing them to pursue their passions.

It’s been proven that this type of “pushy” parenting, which is focused on success, can have long-term negative consequences for a child’s well-being.

According to a 2016 study on sixth graders conducted by Arizona State University, the pressure that parents place on their children regarding their grades and extracurricular activities may actually prevent them from becoming “well-adjusted and successful in later life.”

The study also discovered that children whose parents placed a greater emphasis on accomplishment rather than values such as compassion and morality had poorer grades.

Suniya Luthar, one of the authors of the study, said that encouraging kids to focus “too much on external validations (such as grades and extra-curricular honors) for their sense of self-worth can lead to greater insecurity, anxiety and overall distress.”

Indeed, University of Kent professor Ellie Lee told CNBC in a phone interview that parents may believe they must “shape this child to become this particular type of person, who’s fantastic, [and] a lot of it really isn’t up to you.”
Follow your own interests

Lee, the head of the Centre for Parenting Culture Studies, believes that ensuring that parents have their own hobbies is one of the best ways to inspire children to follow something they enjoy without putting pressure on them.

When people become parents, she claims, they might almost “drop their prior self” and stop doing what they enjoy.

As per CNBC, Lee acknowledged that while having children does “change your life completely,” it’s still important for parents to have their own hobbies.

“I think the thing that’s most likely to influence children and get them really interested in something is basically [seeing] people who quite genuinely are doing things they’re interested in,” she said.

Children may comprehend the amount of dedication required to become skilled at a specific activity if they witness their parents invest time and effort in something they enjoy, according to Lee.

Melernie Meheux, a senior child and adolescent educational psychologist, told CNBC in a phone interview that it’s critical for parents to listen to and observe their children figure out what they’re interested in.

“I would always give kind feedback if you want to encourage and motivate, sort of noticing what they do well, and not being too critical,” said Meheux, who works as an academic tutor at the University College London Institute of Education.

She also suggested that parents help their children become “self-directed” by allowing them to discover what they like for themselves through play or a variety of activities.

Allowing children to discover what they enjoy doing for themselves, together with loving support, is beneficial to their mental health and emotional regulation, according to Meheux.

“When children are relaxed and happy and content, they learn more, so actually the benefits to playing and engaging in something that you like outweigh perhaps encouraging children to do things that they’re not so good at,” she said.

On the same hand, Meheux acknowledged that many parents have excellent intentions for their children and that their efforts to urge them to pursue a particular pastime might occasionally be “misguided.”