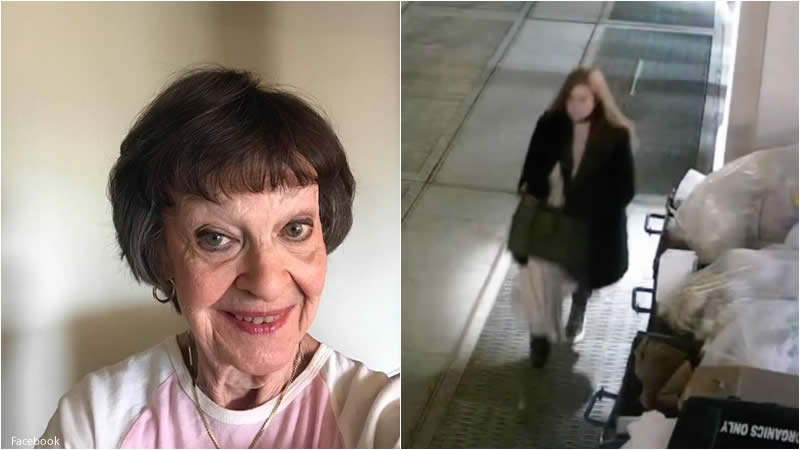 Police in New York City is looking for a woman who shoved a renowned 87-year-old singing coach from behind, leaving her in severe condition in the hospital.

The suspect, who was dressed in a dark jacket and long white dress with long rust-colored hair at the time of the Thursday night attack, was captured on video by the New York Police Department.

The offender approached the woman around West 28th Street and 8th Avenue and pushed her from behind, pushing her down and hitting her head, according to police. The suspect fled toward 9th Avenue.

The grandson of the victim wrote on Facebook that his grandmother, Barbara Maier Gustern, had “suffered traumatic damage to the left side of her brain, and has been unconscious the entire time.”

“Should she awake, she will most likely suffer speech problems and may be unable to move her right side. It is a very serious injury,” wrote the grandson, who identified himself as AJ.

Gustern is well-liked in the New York theatre community. According to The New York Times, she coached the cast of the 2019 Broadway production of “Oklahoma!” She has also tutored Blondie’s Debbie Harry, a rock singer.

Friends informed the newspaper that Gustern was going to see one of her students play at Joe’s Pub at the Public Theater on Thursday.

As per NBCNEWS, Gustern was found drenched in blood outside her lobby entrance by a group preparing a cabaret concert at her apartment earlier in the evening. After the attack, a bicyclist assisted her in returning to her building.

Gustern had expressed her dissatisfaction with her singing on Facebook earlier in the day. But she was starting to feel better, she wrote, and she was looking forward to that evening’s practice and performance at Don’t Tell Mama in Hell’s Kitchen.

The next post on her page was the one from Gustern’s grandson.

“I would ask not trying to visit her, it is an ongoing investigation and the police don’t want anybody but family visiting. And none of you want to see her like this, believe me,” he wrote to her friends.

He further said that he was “incomprehensibly broken inside.”

AJ wrote, “I struggle to understand and cope with this world on a daily basis, and frankly, this is beyond my ability to bear.”

Two Ukrainian Surrogacy Babies Born to American Couple
The student threw a Chair at a Substitute teacher in Texas, he was Left with Bleeding Face: Watch Video