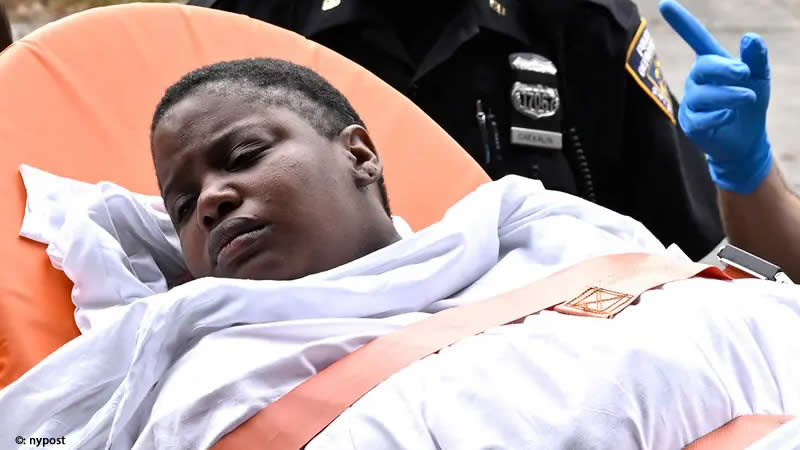 Merdy, 30, suffered from depression, post-partum precisely, but was not properly evaluated

Erin Merdy, who drowned her three children on Coney Island’s beach, was previously charged with murder in connection with their deaths on September 14, after admitting to the crime.

The incident took place on September 12, and it is believed that the mother was suffering from some ongoing mental health issues at the time. According to reports, she was previously released from the Administration for Children’s Services without having a psychiatric examination.

Merdy, 30, drowned her kids, the youngest of whom was four years old, and it is now claimed that she suffered from depression, specifically postpartum depression, which was not properly diagnosed.

According to the New York Daily News, Merdy ‘slipped through the cracks of New York City’s Administration for Children’s Services just months before the tragedy. She was questioned at the 60th Precinct stationhouse before being transferred to a Brooklyn hospital for a psychiatric evaluation.

Merdy herself hinted at the tragedy when she texted her family members, “the babies are gone,” before they were found unresponsive along the shorelines.

After 90 minutes of searching for the mother and her three children, police were redirected to the boardwalk in neighboring Brighton Beach, where Merdy was found drunk and incoherent. According to the sources, she was still wet from the water, barefoot, and wrapped in a bathrobe.

According to an NYPD spokesperson, the charges are three counts of second-degree murder, three counts of depraved indifference to human life, and three counts of murder with victims under the age of 11. The city medical examiner determined that Zachary Merdy, 7, Liliana Merdy, 4, and 3-month-old Oliver Bondarev drowned.

Jacqueline Scott, the grandmother of the drowned kids told the outlet about Merdy’s depression. She said, “She might have been going through postpartum depression. She was a good mother.

I reached out to her yesterday and she said she was doing laundry and I said I wanted to speak to the kids. I tried to call her twice on the phone and there was no answer.” Scott explained that she was one of many relatives who were trying to reach Merdy on Sunday night.

A concerned family member called the cops to report the potential harm to the children. When police arrived at Neptune Avenue in Brooklyn at 1.40 a.m. on Monday, they found the house door open and no one inside.

Merdy, on the other hand, previously claimed that the children were already missing before being found unresponsive on a beach two miles away. When the kids were taken to the hospital, they were all pronounced dead. Zachary’s father,

Derrick Merdy, told the publication, “There are no words that could … do him justice for what he really was. I can’t express it. Like you met my son, you’ll love him. To know him was a real privilege. In seven years, he changed my life forever. He really did.” It was also established that there was no prior abuse or neglect against the children.

Mum & stepdad left their 5-year-old daughter in the cold bath as “tortuous punishment for misbehavior,” leaving her “just minutes from death”
Biden agrees with your boss that it’s time to move on from COVID: ‘The pandemic is over