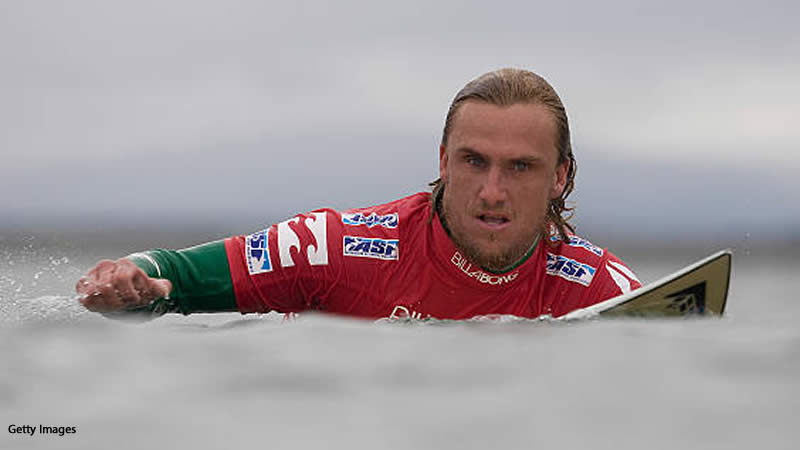 Chris Davidson, a legendary former pro surfer, is believed to have been killed in a country bar in the Australian state of New South Wales.

On Saturday around 11 p.m., Davidson was reportedly punched in the face outside of South West Rocks Country Club in South West Rocks, causing him to fall and hit his head on the pavement.

According to police, he was treated by paramedics before being rushed to Kempsey Hospital, where he died of his injuries. He was 45 years old at the time. The cause of the argument is unknown, but a crime scene has been established at the location.

According to the Daily Telegraph, the attacker is Grant Coleman, the brother of NSW Waratahs head rugby union coach Darren Coleman.

He was arrested around 12:40 a.m. at a home in South West Rocks, about 30 minutes after the attack, and charged with assault causing death. According to the Daily Mail, he has also been charged with “choking the victim.”

In his prime, Davidson was regarded as one of the greatest surfers of all time, and he was ranked 14th in the world in 2010.

At the age of 15, the Narrabeen native won the Cadet Cup in 1991. Four years later, he was invited to the prestigious Rip Curl Pro at Bells Beach, where he defeated world champion, Kelly Slater, in two heats.

Tributes have flowed for Davidson, including from his former competitor, Slater.

“Lost another soldier yesterday. #RipChrisDavo. Had many a good battle with this guy. One of the most naturally talented surfers I ever knew,” Slater wrote on Instagram Sunday.

“He was one of the most stylish surfers we’d ever produced in this country. He was an absolute prodigious talent and as flamboyant as he was in the water,” Surfing NSW executive director Mark Windon shared with Australian outlet ABC, calling Davidson a “larger-than-life character.”

Coleman appeared in Kempsey Local Court on Monday, local time, according to the Daily Mail. There was no application for bail, and it was formally denied.

According to his lawyer, James Janke, his client “did not want to comment and maintains his right to silence.” He will appear in court again in November.

Burger King Employee criticizes customer who complained uniform was ‘a distraction’
L.A. Volunteer criticized conditions at the animal shelter and says she was fired