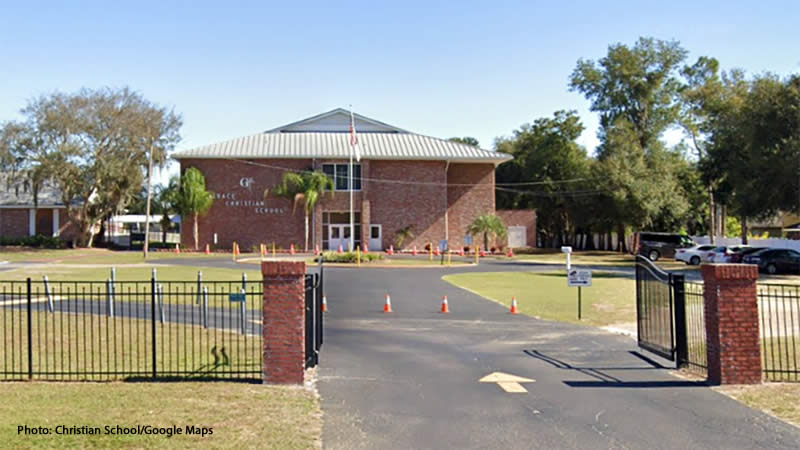 Parents were informed by a Christian school in Florida that gay, transgender, and nonbinary students “will be asked to leave the school immediately.”

According to NBC News, the message was sent in an email from a top administrator at Grace Christian School in Valrico, Florida. The school allows students in kindergarten through grade 12.

“We believe that God created mankind in His image: male (man) and female (woman), sexually different but with equal dignity,” Administrator Barry McKeen wrote in the June 6 email seen by NBC. “Therefore, one’s biological sex must be affirmed and no attempts should be made to physically change, alter, or disagree with one’s biological gender.”

“We believe that any form of homosexuality, lesbianism, bisexuality, transgender identity/lifestyle, self-identification, bestiality, incest, fornication, adultery, and pornography are sinful in the sight of God and the church (Genesis 2:24; Leviticus 18:1-30; Romans 1:26-29; I Corinthians 5:1; I Corinthians 6:9; I Thessalonians 4:2-7),” McKeen wrote in the email, per NBC.

“Students who are found participating in these lifestyles will be asked to leave the school immediately,” he added.

The email — titled “Important School Policy Point of Emphasis. … Please Read.” — said parents must “agree to all policies and procedures before your student may start school in August.”

In a video response to NBC’s article, McKee said he did not speak to the outlet’s reporter but that the school does “have a policy that does not allow students to be homosexuals or transgender or a number of other things.”