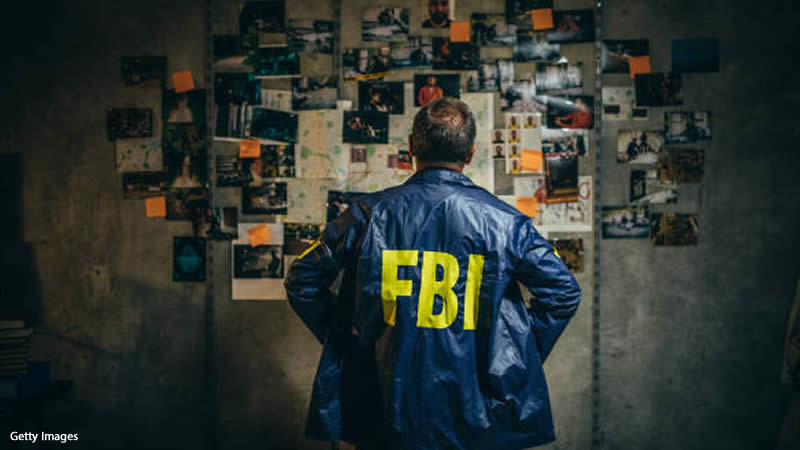 84 minor victims of child s*x trafficking and child s*xual exploitation have been identified and located, according to the FBI’s report on the findings of a nationwide s*x trafficking operation released on Monday.

According to the Justice Department, additional 37 children who are still missing have been found through the FBI’s statewide enforcement effort known as “Operation Cross Country.”

The FBI and its partners found 141 adult victims of human trafficking in addition to identifying and locating 121 teenage victims. The DOJ reported that 85 suspected offenders of human trafficking and child s*xual exploitation were also discovered or detained by FBI agents and investigators.

The Justice Department announced that additional inquiries into those individuals will be made to look for potential accusers. The average age of victims located in similar operations is approximately 15.5 years old, while the youngest victim discovered during this operation was 11 years old.

“Human trafficking is among the most heinous crimes the FBI encounters,” FBI Director Christopher Wray said in a statement. ”Unfortunately, such crimes—against both adults and children—are far more common than most people realize.

As we did in this operation, the FBI and our partners will continue to find and arrest traffickers, identify and help victims, and raise awareness of the exploitation of our most vulnerable populations.”

The FBI stated in a press release of its own on Monday that more than 200 victims of human trafficking and associated crimes were found during the first two weeks of August as a result of a significant law enforcement operation to find and aid victims.

In order to locate and help victims of human trafficking, particularly young victims, Operation Cross Country is a coordinated effort between the FBI, other federal agencies, state and local police, and social services organizations across the nation. The objective is to gather information, develop legal cases against traffickers, and provide aid to victims.

“What we do is we sit down with our local partners and our task forces and identify certain areas where we know s*x trafficking is prevalent, and we’ll dedicate resources and efforts to identify and remove victims from those areas.”

FBI The operation in Atlanta located 19 missing children and resulted in the detention of four traffickers.

Teams from 14 law enforcement agencies participated in a three-day operation in Chattanooga, Tennessee. They were tasked with finding s*xual offenders who had skipped the registration process, tracking internet predators who target minors, and tracking down a runaway kid who was at a high danger of being trafficked. Three people were detained as a result of it: two state arrests and one federal case-related unregistered s*x offender.

As per yahoo, two federal cases were opened on suspects possibly involved with child s*xual abuse material production, or enticement violations. The FBI said enticement involves using the internet to coerce a child — or someone connected to the child — to manufacture s*xually explicit material of a child.

The FBI stated that this year’s Operation Cross Country expanded to investigate s*x offenders who may be eligible for federal charges as well as people trying to connect with children online in order to s*xually abuse them. The FBI made this statement as a warning about the advent of social media in easing predators’ ability to exploit children online.

“The success of Operation Cross County reinforces what NCMEC sees every day. Children are being bought and sold for s*x in communities across the country by traffickers, gangs, and even family members,” Michelle DeLaune, President and CEO National Center for Missing & Exploited Children, said in a statement.

“We’re proud to support the FBI’s efforts to prioritize the safety of children. This national operation highlights the need for all child-serving professionals to continue to focus on the wellbeing of children and youth to prevent them from being targeted in the first place.”

The FBI said that law enforcement in the Chattanooga region still searching for the runaway 17-year-old, who may be highly susceptible to trafficking. To gather information on the missing girl’s whereabouts, investigators combed through her public social media profiles and spoke with her relatives.

According to FBI Chattanooga’s victim expert, given the girl’s past trauma and familial issues, law enforcement wants to offer her resources if she is in danger of being trafficked.

Victim specialists, according to the Justice Department, act as a “bridge” for victims who are distrustful of the system, assist the victim in developing positive relationships with law enforcement, and make sure the population of victims of human trafficking receives all appropriate resources that are available to them.

Victim specialists also offer services tailored to the specific need of human trafficking victims, such as crisis intervention, transportation to get emergency care, finding shelter or housing, and emergency food and clothing. The task forces in the recent operation included federal, state, local, and tribal partners, with efforts in every state and even a few U.S. territories.

A neighbor found a 2-Year-Old Girl Who Went Missing For Days Guarded By a Pit Bull
Damari Perry case: Mother And Brother Face New Charges In ‘Brutal And Heinous’ Death