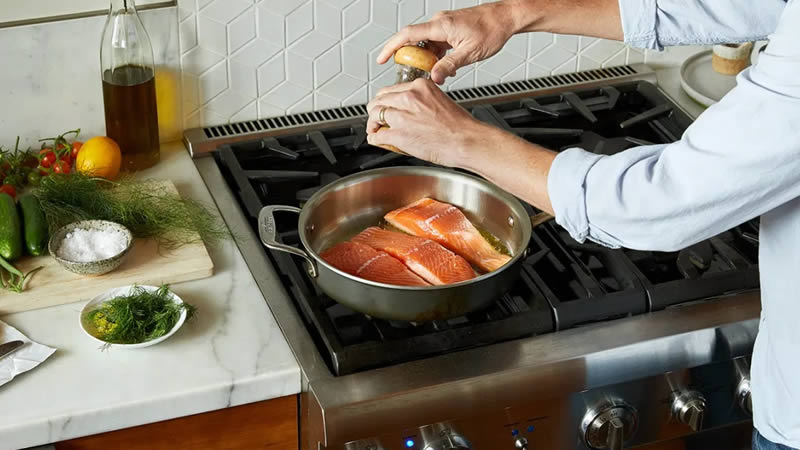 An expert panel ranked the Keto Diet as the worst diet in 2022, scoring low points in all categories except ‘short-term weight loss.’

It was ranked #37 in the Best Diets Overall 2022, a U.S. News annual list that examines some of the most popular—and little known—diets, such as the Mediterranean Diet, the DASH Diet, and Intermittent Fasting.

These profiles are then reviewed by a panel of 27 medical experts in the fields of diet, nutrition, obesity, and food psychology.

Each diet is classified into seven categories, including its ability to produce short and long-term weight loss, ease of implementation, safety, and potential for preventing and managing diabetes and heart disease.

Keto may be a popular diet among some celebs (Halle Berry, anyone? ), but it scored poorly in every category except its ability to produce short-term weight loss, for which it received a 3.7 out of 5 scores. What is the overall score? A measly 2.0.

“This diet is fundamentally at odds with everything we know about long-term health,” one expert said.

Why do experts think Keto is ineffective for long-term weight loss?

The keto diet is a high-fat, low-carb diet that is designed to induce your body into a state known as ‘ketosis,’ in which your body lacks enough carbohydrates to burn for energy and instead begins to burn fats.

According to U.S. News experts, this diet is extremely hard to follow. Even those who do see short-term results struggle to keep the weight off in the long run.

“People become very bored just eating fatty foods, fat and meant,” one expert said. Another described it as “the hardest of the hard”. (We guess that explains why modification diets such as the ‘lazy keto‘ have cropped up.)

The keto diet received a 1.6 out of 5 for being “extremely incomplete” in terms of nutrition, and it performed badly in terms of managing or preventing diabetes (2.6/5) and heart disease (1.9/5).

“Any diet that recommends snacking on bacon can’t be taken seriously as a health-promoting way to eat,” one expert said.

Although it was not considered in the Best Diets Overall rankings, the keto diet may have a negative impact on your libido due to its daily carb intake of only 20g to 50g.

“Some research suggests that a very low carbohydrate diet may cause a drop in thyroid function, which not only leads to fatigue and low mood but may also negatively affect libido,” nutritionist Lily Soutter said in 2018.

“Long-term, if our carbohydrate consumption is too low, it may also suppress our production of a hormone called leptin, which may ultimately interfere with our body’s abilities to regulate sex hormones.”

What other diets should we stay away from?

Technically, keto did not finish dead last in the rankings. The Modified Keto Diet (a less drastic version of the keto diet), the Dukan Diet, and the Gut and Psychology Syndrome (GAPS) Diet tied for 37th place.

The Dukan diet, which has four phrases and a complicated set of rules about what you can and cannot eat, was found to be too restrictive, with too much protein and too little vegetables. The GAPS diet, which includes a six-phase strict introductory detoxification process, was found to be severely restrictive, with little medical evidence to back it up.

Which diet was the most effective overall?

It should come as no surprise that the Mediterranean Diet was ranked first overall, with experts claiming that it is balanced, easy to follow, healthy, and effective for both short-term and long-term weight loss (though it does not promise fast weight loss—and should not).

While some people are worried that a diet rich in fat such as olive oil, olives, avocados, and cheese will keep them fat, an increasing body of research indicates the opposite is true. Over a 12-year period, one such study of more than 32,000 Italians found that the Mediterranean diet was associated with lower levels of weight gain and a low increase in waist circumference.

The diet at number two may not be well-known, but it is worth investigating. The DASH diet, which stands for ‘dietary approaches to stop hypertension,’ encourages all of the foods you already know are good for you (fruits, vegetables, whole grains, lean protein, and low-fat dairy) while discouraging the less nutritious meals (anything high in saturated fat).

It also encourages small changes such as adding one serving of fruit or vegetable to a meal, using herbs and spices to make food taste better without salt and snacking on almonds or pecans instead of chips.

Which diets were the most effective for quick weight loss?

Although Keto promises to help you lose weight fast, it did not even rank first among the best fast weight-loss diets (it was ranked 4th). That dubious honor goes to the Atkins diet, which largely cuts carbs and ranks very low in terms of health (2.0/5) and ease of implementation (1.7/5).

We cannot recommend any of these diets; the key to health is a varied diet and long-term habits, not drinking soups for the rest of your life.

Of course, don’t just take our word for it. The best place to start if you want to change your eating habits in 2022 isn’t with a celebrity or an Instagram influencer. It’s talking to your doctor or a registered dietician.

Dr. Fauci Explains how and why some People can get COVID-19 Twice
Americans are Confused about Stimulus Check