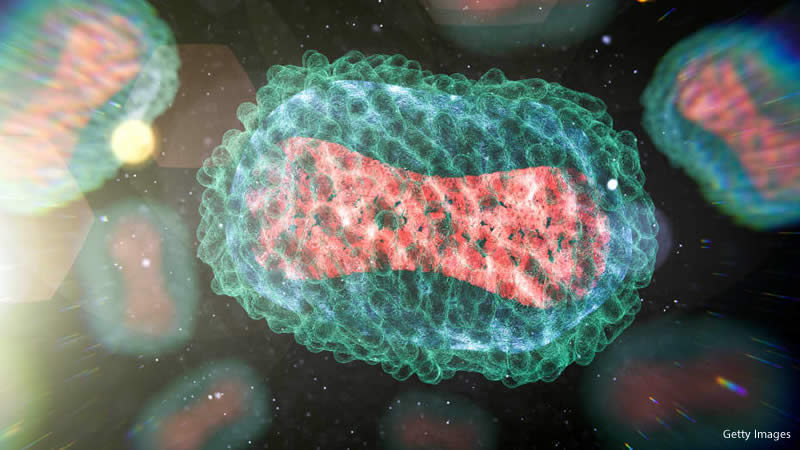 Myocardial infiltration during monkeypox virus infection may result in myocarditis, according to a recent study that was published in Emerging Infectious Diseases.

According to the article, two immunocompetent patients infected with the monkeypox virus who were hospitalized in the United States for symptoms of viral myocarditis were later released after their symptoms improved.

There have been outbreaks of the monkeypox virus (MPXV), which is responsible for the disease in Central and West Africa. The smallpox virus is related to MPXV, a zoonotic DNA orthopoxvirus. Large respiratory droplets and close or direct contact with an infected animal are the two main ways it is spread.

The illness typically starts with a fever and develops into multiple papular lesions and inflammatory skin lesions, such as vesiculopustular rash and ulcers. Pneumonitis, encephalitis, keratitis, secondary bacterial infections, acute kidney injury, and myocarditis are just a few of the complications that the infection may carry on.

With their prior informed consent, two patients were enrolled in the study. Patient 1 was a 32-year-old man who was admitted for suspected myocarditis and had MPXV infection, probably from asexual contact with a male partner. His medical history showed a viral infection with rash, a single penile lesion, and cervical lymphadenopathy.

He also described experiencing dyspnea and chest pain, but there was no evidence of SARS-CoV-2 or smallpox vaccination or infection.

Patient 2 was a 37-year-old man with dyspnea, rash, fever, and a decreased capacity for exercise. He was reported to have had sexual encounters with multiple partners 13 days before hospitalization. Five days after exposure, his symptoms commenced with bilateral inguinal lymphadenopathy, followed by multiple skin lesions in both arms and a lesion at the base of the penis, and after that, fatigue, low-grade fever, and chills.

Cardiac biomarkers like N-terminal prohormone B-type natriuretic peptide and high-sensitivity troponin T were elevated. The chest radiograph showed no abnormalities, and the electrocardiogram showed a typical sinus rhythm.
The nonvariola orthopoxvirus PCR was used to confirm the MPXV infection. The patient tested negative for both SARS-CoV-2 and HIV. After being hospitalized for four days, the dyspnea subsided and the cardiac enzymes returned to normal. The patient was discharged with the proper isolation instructions after symptom improvement and without needing any special treatment for myocarditis or monkeypox.

Both patients most likely had the clade IIb infection of the circulating MPXV based on epidemiological trends. The most likely cause of myocarditis in both patients was a viral infection. However, co-infections with other viruses and other possible etiologies could not be ruled out.

Both patients got much better 10–12 days after their symptoms started. The most probable explanation for myocarditis connected to monkeypox was suggested to be direct MPXV infiltration of the myocardium.

Monkeypox Patient’s Nose Rotting After Doctor Diagnosed it as Sunburn