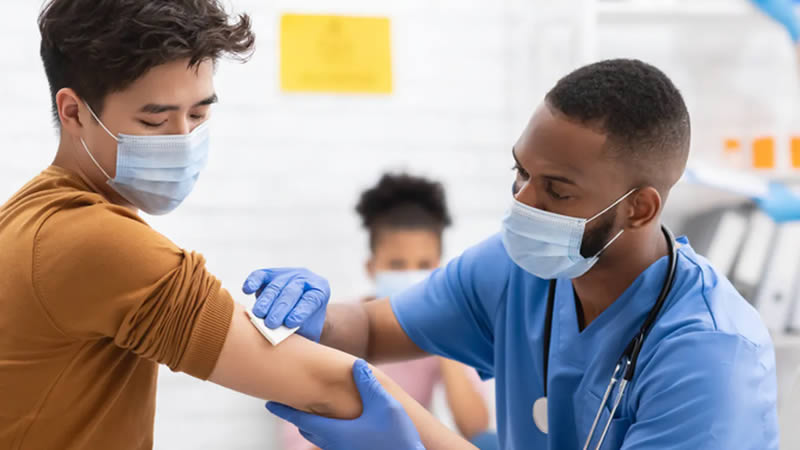 Nearly 16 out of 100,000 people who had yet to receive the COVID vaccine landed in intensive care or died after contracting the virus, compared to fewer than one in every 100,000 who were fully vaccinated, the study found.

An Australian government study found that people who have been properly vaccinated are 16 times less likely to end up in intensive care or die from COVID-19 than those who have not been vaccinated, according to a summary of the study published on Tuesday by Bloomberg.

According to data compiled by health authorities in New South Wales, Australia’s most populous state, nearly 16 out of 100,000 people who had not received a COVID vaccine ended up in intensive care or died after contracting the virus, compared to fewer than one in every 100,000 who were fully vaccinated.

Pfizer Inc. and BioNTech SE collaborated on highly potent mRNA vaccines, Moderna Inc. created a similar one, while the University of Oxford and AstraZeneca Plc cooperated on a viral vector shot.

Bloomberg said the study results “add to a growing body of evidence” that vaccinations’ protection against severe disease and mortality lasts even as protective antibodies fade over time, allowing for more breakthrough infections. According to data obtained in Texas, unvaccinated people were 20 times more likely to die from the virus than those who were fully protected.

Bloomberg wrote, “Such results will likely bolster the case for countries to treat COVID as endemic, causing a mostly mild malaise among the vaccinated. Mass inoculation eases the strain COVID imposes on local health care systems, preventing overcrowded hospitals and rising demand for intensive care and ventilation — all hallmarks of the crisis in many countries during the early days of the pandemic.”

Data from New South Wales also revealed that vaccination lowered the chance of infection by more than 10-fold when compared to those who were unvaccinated in the two weeks leading up to September 7. Shots appeared to be more efficient in keeping the virus at a distance in teenagers than in older people.

“Young people with two doses of a vaccine experienced lower rates of infection and almost no serious disease, while those unvaccinated in this age group were at greater risk of developing COVID-19 and needing hospitalization,” New South Wales (NSW) Chief Health Officer Kerry Chant said in a statement.