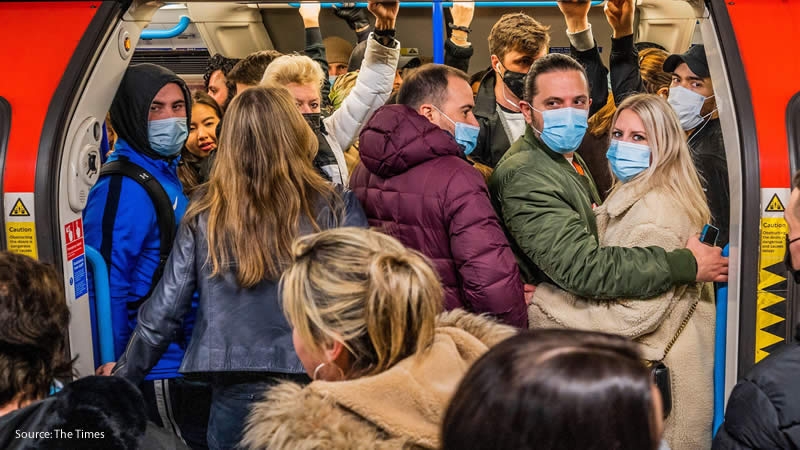 A potential new COVID variant has been identified, which is a combination of the Delta and Omicron variants, called “Deltacron.”

The new COVID-19 combination has been found in France, the Netherlands, and Denmark, according to the World Health Organization. According to a new report due to be published on the research site MedRxiv and accessed by USA TODAY, it’s also been discovered in the United States.

According to the research team, which included the University of Washington Medical Center and testing company Thermo Fisher Scientific, the San Mateo, California-headquartered lab Helix, which works with the Centers for Disease Control and Prevention to track COVID-19, sequenced 29,719 positive COVID samples collected from across the United States from Nov. 22, 2021, to Feb. 13, 2022.

Should we worry about Deltacron?

Right now, no. In comparison to variants like Delta and Omicron, this new variation – which has yet to be officially named “Deltacron” by researchers – does not appear to be likely to spread, according to William Lee, Helix’s chief science officer.

“The fact that there is not that much of it, that even the two cases we saw were different, suggests that it’s probably not going to elevate to a variant of concern level” and warrant its own Greek letter name, he told USA TODAY.

So far, “there are very low levels of this detection” in regions where Deltacron has been discovered, according to Dr. Maria Van Kerkhove, an American infectious disease epidemiologist and the WHO’s COVID-19 technical head, during a press conference Wednesday.

For now, WHO has not seen “any change in the epidemiology,” Van Kerkhove said. And regarding Deltacron, “we haven’t seen any change in severity. But there are many studies that are underway.”

William Hanage, an epidemiologist at the Harvard T.H. Chan School of Public Health, concurs. “It’s only a variant if it produces a large number of cases,” he said. “So no. If it’s not causing lots of cases, people don’t need to be concerned.”

How do we get COVID-19 variants?

Viruses that cause COVID-19, such as the SARS-CoV-2 strain, can alter and mutate. For example, the Delta variant was generated by mutations that resulted in a variant that made people more contagious sooner.

As per Usatoday, the Omicron variant was shown to be more contagious and to reinfect some people who had already been infected with COVID.

“Unfortunately, we do expect to see recombinants because this is what viruses do, they change over time,” Van Kerkhove said. “We’re seeing a very intense level of circulation. We are seeing this virus infect animals, with the possibility of infecting humans again. So again, the pandemic is far from over.”

Why is Deltacron important?

Normally, mutations occur steadily until one is strong enough to transform into a new entity. Different mutations occurred in this case, maybe as a result of Delta’s continuing existence throughout the Omicron wave.

“For a few weeks co-infection cases probably happened more often than we know of because they can be difficult to detect,” Lee said.

While the general public may not need to be concerned, researchers can benefit from Deltacron’s development. “It’s an interesting phenomenon and it helps us understand more about how the virus evolves and how the pandemic continues to endure,” Lee said.

The continuing changes invariants “validate the need for ongoing national surveillance to identify potential variants of concern as part of an early warning system that monitors for new viral trends” including COVID, flu, and other viruses, he said.

Testing and constant study of the virus is “critical,” Van Kerkhove said. “It’s really critical that we continue with sequencing, that we have good geographic representation of sequencing around the world, and that the systems that have been put in place for surveillance for testing for sequencing, right now be reinforced, that they’re not taken apart, because we have to move on to the next challenge.”