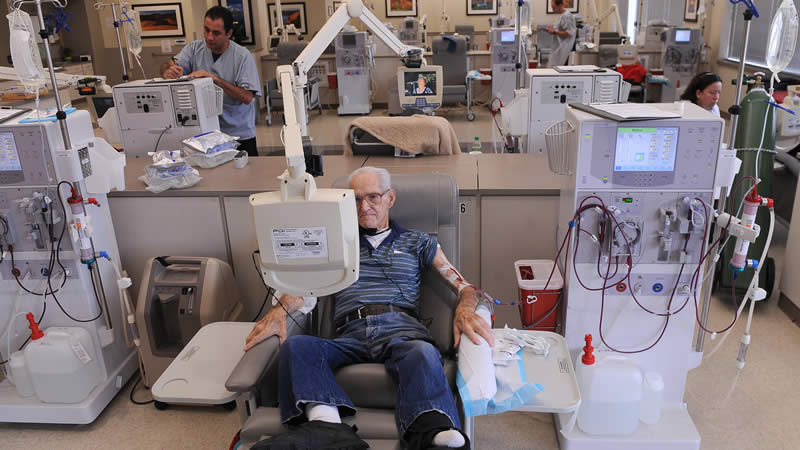 For decades, Texas has struggled with a silent killer among its residents: chronic kidney disease (CKD).

Dr. Francis Wright of San Antonio was recently appointed chair of Texas‘ Chronic Kidney Disease Task Force, which was reactivated in 2019 after being established in 2009 to address the state’s high CKD rates. Dr. Wright admitted that the new assignment would be difficult.

The good news is that new technology can dramatically increase early detection rates, helping in the control of this hidden pandemic while also lowering healthcare costs and saving lives. All that is required is a smartphone camera and an app.

Smartphone camera technology has advanced so far in recent years that you can now use it to perform a urine test at home to detect early signs of kidney disease. The ACR test determines the albumin-to-creatinine ratio by measuring the amount of a type of protein called albumin in your urine.

The Lone Star state put this technology to the test this summer when it partnered with Healthy.io to send these smartphone-based ACR tests to qualifying Texas in San Antonio, and the response was tremendous.

According to a recent study in Diabetes Care, up to 80% of Americans at risk for the disease do not take the standard ACR test. Some people find it difficult to fit a test into their schedule around their work or family care responsibilities.

A lack of access to reliable and affordable transportation limits medical care options for approximately 3.6 million people in the United States. Add to that many people’s inability – or unwillingness – to visit medical providers during the pandemic, and you have millions of people missing simple tests that could have a major impact on their quality of life.

According to the Centers for Disease Control, chronic kidney disease affects more than one in every seven adults in the United States or 15% of all adults in the country. Even more disturbing, as many as 9 out of 10 of these people are unaware they have the condition because symptoms do not appear until late in the disease’s progression, earning it the name “the silent killer.”

Individuals are frequently diagnosed in the emergency room with kidney failure and require dialysis or even a transplant. They may indicate years of vision problems, fatigue, or leg swelling, but by the time they are diagnosed, the kidneys are damaged beyond repair.

Texas has been especially hard hit. End-stage renal disease, the final stage of CKD, costs the state $4.8 billion per year. The state is also ranked fourth in the country for having the highest rates of kidney disease, with South Texas being one of the hardest-hit areas.

South Texas also has high rates of diabetes, hypertension, and obesity, all of which put people at risk for kidney disease. These people must have simple blood and urine tests to determine how well their kidneys are working.

The smartphone-based ACR test that is being distributed in Texas is removing systemic barriers that prevent people from receiving critical diagnostic tests sooner and more efficiently. It has already been deployed on a national scale in Europe.

In the United Kingdom, the National Health Service has decided to move ACR testing for high-risk patients to a smartphone. The first stage of this national effort focuses on 600,000 diabetics and has already resulted in better outcomes.

When patients who had not had a urine test for kidney disease in the previous year were given the option of testing at home with a smartphone camera, test adherence increased from 0% to 50%. Health plans in the United States have the potential to more than double their current adherence rates.

Dr. Wright, who has worked on kidney disease for over 40 years, understands the challenges Texas faces in managing, preventing, and detecting CKD earlier. Texas and other states must rely on technology to eliminate testing barriers if they want to truly tackle this silent killer.

$1400 Stimulus Checks: Have You Received Yours?
Novavax could provide unvaccinated Americans with a new option if Regulators Agree