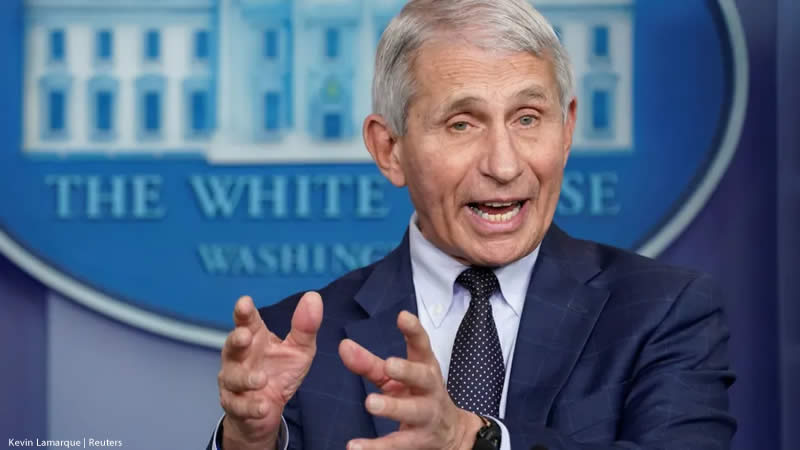 ‘I think they were very concerned and maybe embarrassed that the virus evolved from their country. But there’s nothing wrong with that.. ‘

In an interview this week, Coronavirus Czar Dr. Anthony Fauci defended communist China’s cover-up of the COVID-19 outbreak, stating there was “nothing wrong” with what they did.

When asked by the BBC about a World Health Organization report revealing Chinese officials impeded a thorough investigation into the outbreak’s origins, Fauci said it was understandable since their “natural reflex” to cover things up.

“You know, I don’t want to create any, or mention any, disparaging remarks about that, but the Chinese are very closed, in a way of being reluctant,” Fauci replied, “particularly when you have a disease that evolves in their country.

“I think they were very concerned and maybe embarrassed that the virus evolved from their country. But there’s nothing wrong with that,” he said. “So when they see something evolving in their own country they tend to have a natural reflex of not necessarily covering things up but not being very open and transparent.”

Fauci also stated that if another COVID-19 variant emerges, Americans should “be prepared” for more restrictions, while downplaying the harm caused by lockdowns.

“I don’t think we’re ever going to be able to determine what the right balance is,” he claimed. “I think the restrictions if you want to use that word, which I tend to shy away from – lockdowns, they certainly prevented a lot of infections.”

He confessed that he is hesitant to call for more lockdowns, but only because there is now “a charged element to it.”

He said, “Obviously, those are negative consequences that are unintended. But one has to look at the balance of lives saved, hospitalizations avoided.”

Seven-Month-Old Covid-Positive Baby Dies of Untreated Bacterial Infection That Was Found Too Late and Not Treated On Time, Parents To File Lawsuit
NYC Health Official Facing Backlash After She Refers To White Women as ‘Birthing People’, Calls Black and Hispanic Women ‘Mothers’