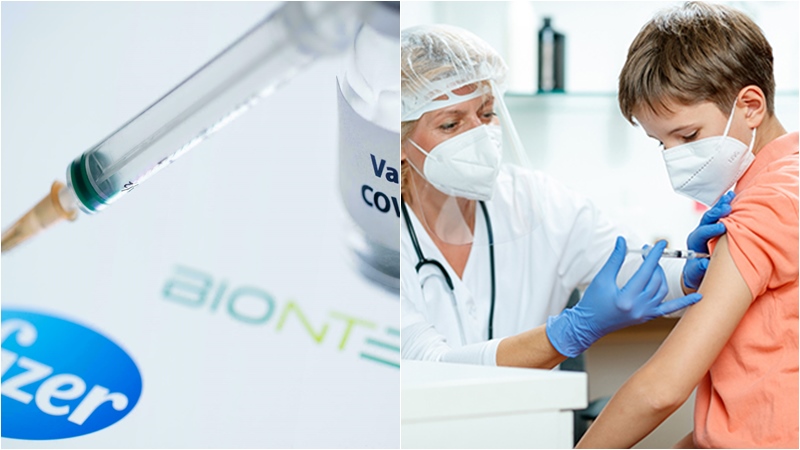 Pfizer-BioNTech has submitted data from a late-stage trial of its COVID-19 vaccine in children aged 5 to 11 to the US Food and Drug Administration, indicating that the firms plan to formally submit a request for emergency approval in “the coming weeks.”

The FDA will analyze the data from the Phase 2/3 trial, which was collected from over 22,600 people.

Company officials said a formal request for emergency use authorization of the companies’ COVID-19 vaccine is expected to follow in the coming weeks.

In the United States, the Pfizer COVID-19 vaccine is only available to those aged 12 and up, leaving many younger children vulnerable to the corona virus’s delta variant. With millions of children returning to school and the delta variant causing a huge increase in pediatric infections, many parents are looking forward to immunizations for their younger children.

Pfizer claimed in a statement that its two-dose vaccine demonstrated to be safe, with similar or fewer temporary side effects, and prompted a “robust neutralizing antibody response” in the younger age group.

A considerably lower dose was tested for primary school-aged children, about a third of the amount that’s in each shot given now.

Yet after their second dose, children of ages 5 to 11 developed coronavirus-fighting antibody levels just as strong as the teenagers and young adults who received regular-strength shots.

As per Fox News, while children are at a lesser risk of serious illness or death than older people, the American Academy of Pediatrics reports that more than 5 million children in the United States have tested positive for COVID-19 since the pandemic began, with at least 460 deaths. As the delta variant spread across the country, the number of cases in children increased.

As per the data from the U.S. Centers for Disease Control and Prevention, only about 182 million Americans, or about 55% of the total population, are fully vaccinated.

Three-quarters of those aged 12 and older, who are eligible for vaccination, have received their first dose.

According to US health officials, the great majority of new COVID-19 cases and hospitalizations in recent months have been among the unvaccinated. Despite the extra-contagious delta variant that caused cases to rise, all three COVID-19 vaccinations available in the United States provide strong protection against severe illness, hospitalization, and death.