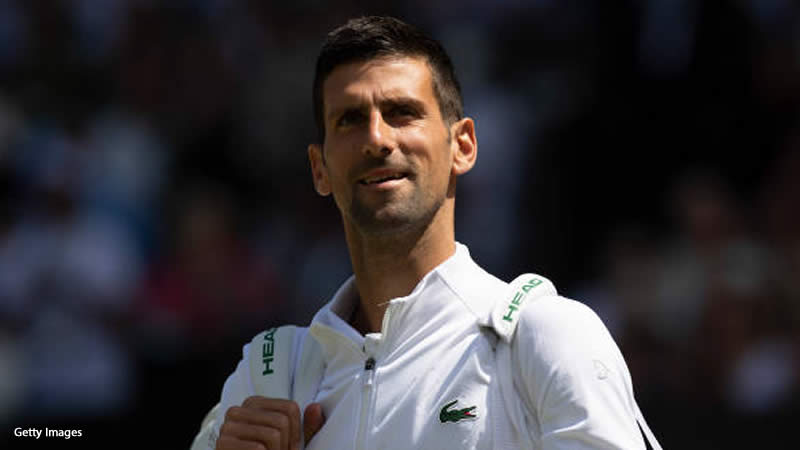 Novak Djokovic is the subject of a new controversy in the tennis world after it was revealed that he will compete at the Tel Aviv Open in Israel next month.

The 21-time grand slam champion will not be competing at the US Open because he declined to have the Covid-19 vaccination; entrance into the country is still subject to confirmation of immunization the United States.

The Laver Cup, which takes place in September, will be Djokovic’s next competition. He will compete for Team Europe alongside Roger Federer, Rafa Nadal, and Andy Murray.

Additionally, it was revealed this week that Djokovic will compete in the Tel Aviv ATP 250 competition, which will start on September 26 and after the Laver Cup.

After the Chinese swing was canceled this year, the men’s governing board reinstated the Tel Aviv event, which has been absent from the ATP calendar since 1996.

The participation of prominent athletes Diego Schwartzman and Marin Cilic, as well as former US Open champion Dominic Thiem, has already been confirmed.

However, because of Israel’s continuing conflict with Palestine, many are upset over Djokovic’s choice to play in Tel Aviv.

Given the political unrest in the country, many think Djokovic’s participation is a bad look.

As per Washington post, the Serbian alum will be desperate for some much-needed wins in order to climb back up the ATP rankings as he is limited in the events he can play due to his vaccination status.

He was barred from the US Open, missed ATP 1000 events in Montreal and Cincinnati leading up to the year’s last grand slam, and has dropped from World No.1 to No.6 in recent months.

When discussing the Djokovic situation with his longtime opponent at Flushing Meadows last week, Nadal was courteous and offered his condolences.

However just like he did when Djokovic was detained by border officials before the Australian Open in January, Nadal reminded the Serb that it was his choice to break the rules, thus he is the only one to blame.

“I repeat what I said plenty of times – the sport in some ways is bigger than any player,” Nadal said.

“I missed a lot of important events in my tennis career because of injuries, without a doubt.

“Even if it is not good news for everyone, the world continues and the tennis will continue after me, after Novak, after Roger (Federer). Every year will be for the slams champion. That’s it.

“Without a doubt, Novak is one of the most important players of the last 20 years, the history of our sport.

“In a personal way, I feel sorry for him that he’s not able to travel here. But on the other hand … (it’s his choice).”

Nadal added: “From my personal perspective, it’s very sad news. It’s always a shame when the best players of the world are not able to play a tournament because of injuries or because of different reasons.

Daniil Medvedev said: “It’s a pity he is not here. It would be a great story for tennis.

“Not only tennis-wise, but it’s not us tennis players, it’s American government rules. Completely understandable also.”