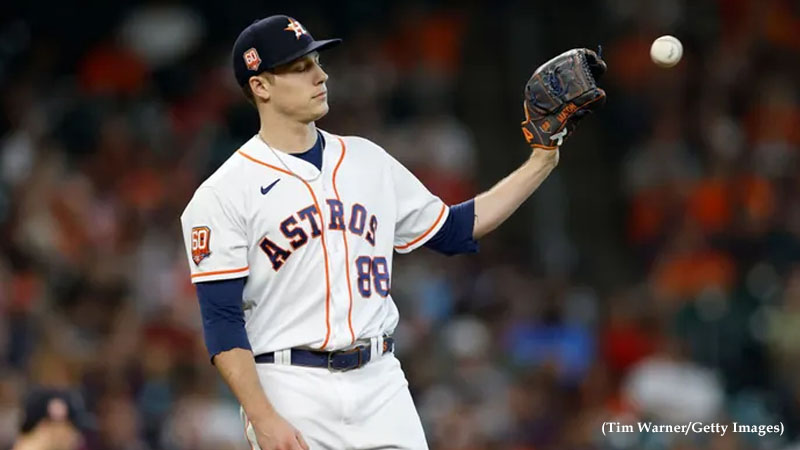 Phil Maton of the Houston Astros will miss the MLB postseason after breaking his finger punching a locker.

Maton revealed on Tuesday that he fractured his right pinkie after becoming frustrated after the Astros lost their final regular-season game.

On Monday, the pitcher underwent surgery to repair a fractured finger on his pitching hand.

Maton and veteran reliever Will Smith had already been left off the Astros’ roster for the AL Division Series against the Seattle Mariners.

Maton, 29, allowed two hits and two runs in the eighth inning of Houston’s 3-2 win over Philadelphia last week. Phil Maton’s brother, Nick Maton, had one of those hits.

“I was upset with how my outing went, and it’s kind of shortsighted and ultimately selfish. And it’s one of those things that I hope doesn’t affect our team moving forward,” Maton said Tuesday.

Smith joined the Astros’ roster after being acquired from the Braves at the MLB trade deadline. During the regular season, he had a 3.27 ERA in 24 appearances for Houston. In 67 games this season, Maton had a 3.84 ERA.

Hunter Brown, a rookie right-hander, was named to the ALDS roster, along with 12 other pitchers. On the postseason roster, the team also had an extra position player, rookie infielder David Hensley.

The Mariners will have 12 pitchers, three catchers, five infielders, four outfielders, and utility players Adam Frazier and Dylan Moore on their roster.