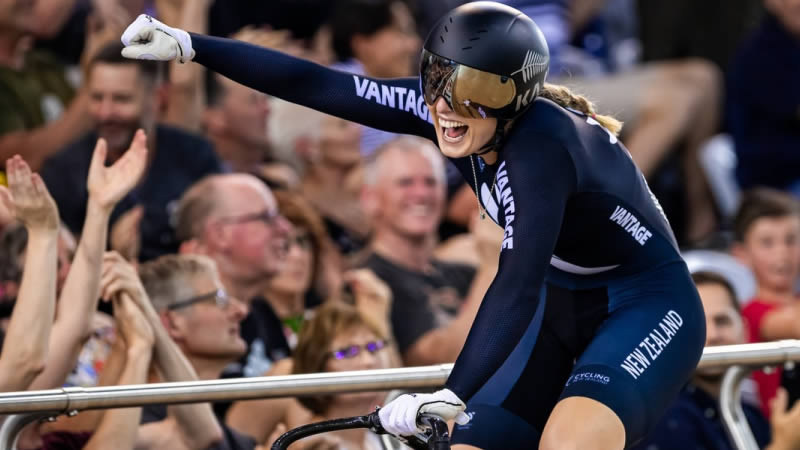 New Zealand cycling was plunged into mourning on Tuesday after Olympian Olivia Podmore’s sudden death at the age of 24.

Podmore represented her country at the 2016 Rio Olympics and the 2018 Commonwealth Games but was not part of New Zealand’s team at the recent Tokyo Games.

Podmore’s cause of death was not confirmed, but friends and sports officials said her passing had raised concerns about her mental health.

Former Olympic rowing champion Eric Murray, a friend of Podmore, told New Zealand media he was with her on Monday and said her death was a “shock and a tragedy.”

“I wish she had said something,” the 39-year-old said. “We have lost a sister, a friend, and a fighter who lost that will of a fight inside of her.

“If you had seen her in the last 72 hours,” he said, “you wouldn’t have thought this could happen. That’s why there’s so much talk about mental health at the moment.”

The issue of athletes struggling with their mental health has been in the spotlight since Japanese tennis player Naomi Osaka withdrew from the French Open.

American Simone Biles pulled out of most of her Olympic gymnastics events in Tokyo, citing a need to take care of her mental health.

New Zealand media reported Podmore had recently described the pressures of elite sport in a post on her social media.

The New Zealand Olympic Committee said news of Podmore’s death had reached the New Zealand cycling team in Tokyo, which was expected to return home on Tuesday.

“We are providing well-being support for members of her team and the wider team as we return home from Tokyo,” NZOC said in a statement.

Podmore’s brother Mitchell wrote in a Facebook post: “Rest in peace to my gorgeous sister and loved daughter of Phil Podmore. You will be in our hearts forever.”

“Support for athletes in programs is not perfect. Her legacy has to be that we make improvements,” Castle told a media conference.

She added that “extra layers of support” were being given to New Zealand’s cycling team.