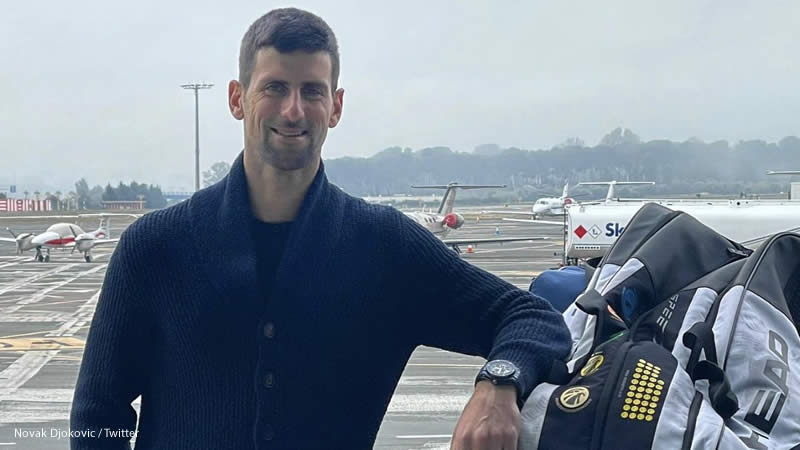 Novak Djokovic will miss two tournaments in the United States owing to his lack of vaccinations.

Due to CDC laws prohibiting unvaccinated people from entering the United States, world No. 2 revealed through Twitter on Wednesday that he will be unable to compete in the BNP Paribas Open, commonly known as Indian Wells, and the Miami Open.

Previously, Djokovic was seen as the favorite to win at Indian Wells.

Non-U.S. citizens and immigrants who are not completely vaccinated are not allowed to enter the nation under current CDC rules.

Djokovic has already missed this year’s Australian Open due to COVID-19 vaccine restrictions — or, rather, a protracted legal battle — and he figures to miss plenty more tournaments as long as such restrictions are in place.

This might include the French Open, which has a vaccine requirement, and the US Open, as reported in Wednesday’s news.

Djokovic told the BBC that missing Grand Slams is “a price I’m willing to pay” because of the situation.

As per The New York Times, the only ATP-sanctioned event Djokovic has played in so far this year is last month’s Dubai Open, where he lost his No. 1 ranking following a surprise semifinal setback. Daniil Medvedev of Russia is the current world No. 1 and the top seed at Indian Wells.

Djokovic’s inability to compete in Indian Wells, largely regarded as the most prestigious non-Grand Slam tournament in tennis, is a significant setback, but he won’t be the only one who suffers as a result of the situation.

While Djokovic stated that he would not be able to compete in the competition, he did so after the draw had been announced. Tournament organizers insisted on keeping Djokovic on the tournament entry list in hopes of an 11th-hour approval from the CDC, but that predictably did not happen.

Djokovic’s withdrawal left the tournament with a burning hole in its second-seed spot, which was filled by No. 33 seed Grigor Dimitrov. Dimitrov’s spot will be filled by a lucky loser in qualifying.

If Djokovic had withdrawn from the tournament before the draw, Portugal’s Joao Sousa, the draw’s first alternate, would have been able to enter the tournament immediately. Sousa was obliged to compete in a qualification event instead.

Continue Reading
You may also like...
Related Topics:Novak Djokovic

Alexander Zverev Kicked Out Of Mexican Open For Smashing Umpire’s Chair With Racket
Naomi Osaka remembers Williams sisters after heckler tears her up during the Indian Wells loss: “Naomi, you suck.”