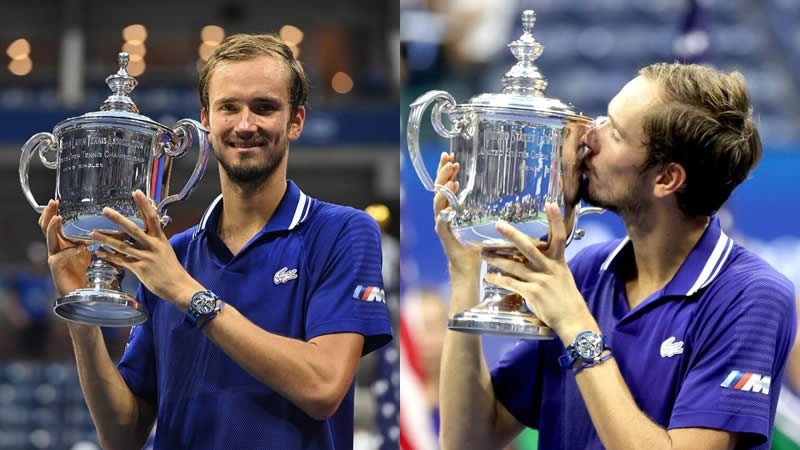 Daniil Medvedev achieved something no one else had done all year: he beat Novak Djokovic at a Grand Slam final on Sunday.

Medvedev simply outplayed Djokovic, winning his first US Open (and Grand Slam) by a score of 6-4, 6-4, 6-4. The fourth calendar year Slam and Djokovic’s record 21st Grand Slam title were on the line for Djokovic, but three more sets were just too much after a rigorous tournament.

Medvedev got out to a fast start, winning three of his first four games. With a two-game disadvantage, Djokovic began to change it up. He went to the net more frequently, catching Medvedev and forcing him to make mistakes. Medvedev’s serve, on the other hand, was really working for him, and he won the first set 6-4 in just 36 minutes.

With Djokovic down a set, everyone wondered if he was in serious trouble, and at the worst possible time.

“Of course not,” would normally be the response. We’ve seen Djokovic do this before – he gets behind early in a set, then storms back in the second. This was Djokovic’s fifth match in a row in which he had fallen by one set, and he began the second set as if his pants were on fire.

He couldn’t keep up the intensity, though. Medvedev tied it at two games each and then didn’t look back. Djokovic became so enraged that he smashed his racket on the ground at one point, then let Medvedev win three games in a row immediately after. He rebounded and ended up winning four games, but Medvedev again took the set.

Medvedev appeared to be unstoppable. For a brief moment, it appeared as though Djokovic might lose the third and final set without winning a single game. He was able to find his way out of that particular hole, even breaking Medvedev to deny him the victory and bring the score to 5-3.

The crowd had been firmly on Djokovic’s side throughout the match, but when he was down late in the third set, they became very vocal, supporting him to fight back. It was beneficial. He won the service game after breaking Medvedev and was one game away from tying the set. Djokovic was adamant about not falling down, and if he did, he was going down swinging.

He tried to make a comeback, but the deficit was too large. Medvedev on the other hand clinched the deal with a double fault on the championship point and fell down onto the court in joy and exhaustion. Medvedev defeated Djokovic when it counted, and he now has his first Grand Slam title.

Djokovic was well aware of what had been lost. He couldn’t pretend it didn’t matter to him since he knew how much history was on the line. When the match was done, he honestly congratulated Medvedev at the net, but tears welled up beneath his towel as he was sitting in his chair.

During the prize presentation, he remained upset, unable to contain the pent-up emotions of a long year of hard work. As he accepted his runner-up trophy, the fans, which had been supporting him throughout the tournament, sent out their biggest roars, unfurling their Djokovic posters and banners and letting him know that his loss on Sunday would not damage his reputation.

During their post-match remarks, both Medvedev and Djokovic praised each other. Despite everything that was on the line throughout the match, they made it apparent to everyone that there were no hard feelings between them.