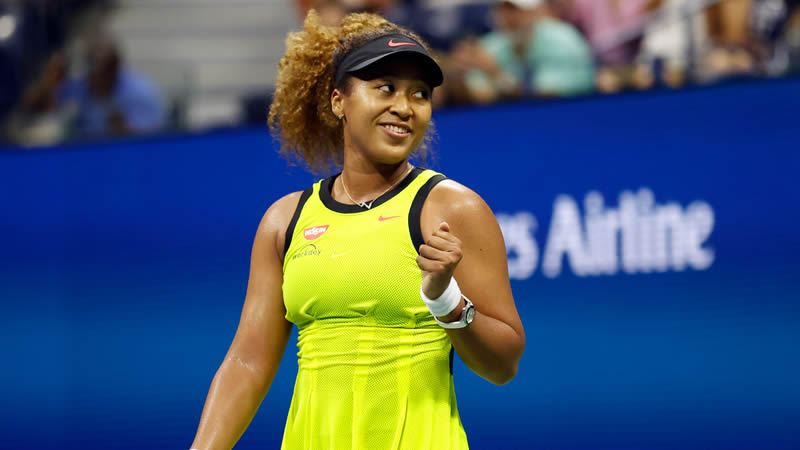 Naomi Osaka is aiming for a fifth Grand Slam victory in her career.

In her quest to defend her US Open championship, Naomi Osaka has one victory.

The 23-year-old Japanese tennis player defeated Marie Bouzkova of the Czech Republic in two straight sets in the first match of the year’s last Grand Slam tournament at Flushing Meadows on Monday.

No. 3 seed Osaka, who is aiming for her fifth Grand Slam championship, won last year’s US Open and the 2018 New York tournament, while Bouzkova, 23, is the 2014 US Open junior girls’ singles champion.

Before the match, Osaka said: “It’s an incredible energy. There’s going to be a crowd this year. I’m honestly just excited to be here. I really love New York, and hopefully, I stay for the full two weeks,” as per the US open tournament.

Following her victory, Osaka ran over to a young fan in the crowd and presented her with a special token from the Olympics.

In her post-match interview, Osaka explained: “I just heard her when I was playing my match, and she was so cute. Thank you for cheering me on. In the Olympics, we got little pins we were supposed to pass around to other players, like trading pins. I wasn’t there for a long time so I have a couple in my bag leftover. I thought it would be a nice little memory.”

Osaka hasn’t played in a quarterfinal match since the Miami Open in March, and she lost to Czech pro-Marketa Vondrousova in the third round of the pandemic-delayed Tokyo Olympics, who went on to win silver.

Osaka shared a candid message the evening before Monday’s match about wanting to “celebrate myself and my accomplishments more.”

Posting a carousel of photographs and videos of “some tennis memories over the past year that means a lot to me,” Osaka began her Instagram caption by stating that she’s been doing a lot of “reflecting.”

Osaka shared, “So grateful for the people around me because the support I feel is completely unparalleled.” Recently she said she’s been asking herself, “Why do I feel the way I do,” adding that she realizes “one of the reasons is because internally I think I’m never good enough.”

She revealed that despite her many accomplishments, she’s “never” told herself “good job.” Instead, “I do know I constantly tell myself that I suck or I could do better,” she added. “I know in the past some people have called me humble but if I really consider it I think I’m extremely self-deprecating. Every time a new opportunity arises my first thought is, ‘wow, why me?’ “

But recently, Osaka had a change of perception.

She wrote, “I guess what I’m trying to say is that I’m gonna try to celebrate myself and my accomplishments more, I think we all should,” encouraging her fans to also appreciate the smallest of wins.

“You got up in the morning and didn’t procrastinate on something? Champion. Figured something out at work that’s been bugging you for a while? Absolute legend,” she continued. “Your life is your own and you shouldn’t value yourself on other people’s standards.”