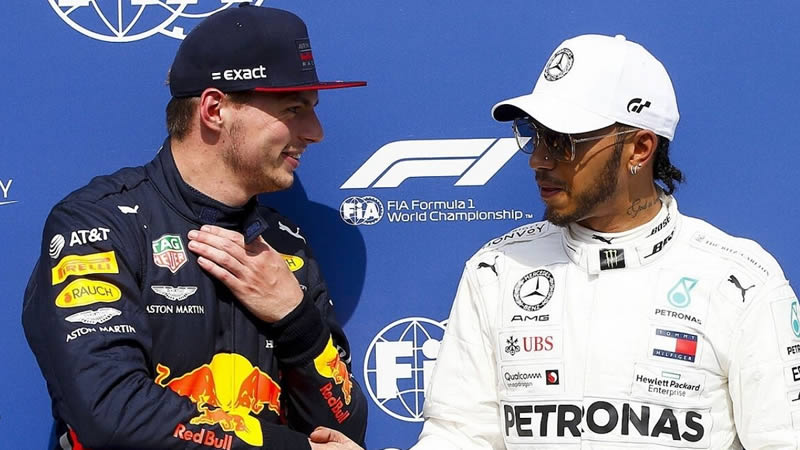 Lewis Hamilton has revealed the contents of a phone call he made with Max Verstappen after their crash at the British Grand Prix in July.

On the first lap of the race, the title rivals crashed at Copse Corner, putting the Red Bull driver into the barriers.

Hamilton went on to win the race, while Verstappen and Red Bull CEO Christian Horner scolded him afterward.

Following the incident, Hamilton recalled his conversation with Verstappen and felt it was vital to clear the air.

He told ESPN: “I called him after Silverstone, but, again, I don’t mean to be patronizing, but I am much older.

“I’m much older and it was important for me to call and to be able to break the ice“.

“I feel he’s a tremendous talent and I am enjoying racing with him. Do I agree with everything he does? It doesn’t even matter“.

“What matters is that he does him and he will learn, and all I can control is what I do and how I handle things.”

During last month’s Italian GP, the duo crashed out on the same corner after colliding in an unusual event.

Hamilton had just exited the pit lane and re-entered the track when Verstappen appeared on his left side.

Verstappen’s car suddenly appeared wobbly as it bobbled over the curb on the curve, before his Red Bull collided with Hamilton’s Mercedes.

The collision threw Verstappen’s car into the air as both cars went off the track, with the Red Bull eventually resting on the nose of Hamilton’s Mercedes, forcing both drivers out of the race.

“I’ve had to back out of certain scenarios with Max because otherwise, we are going to crash, and I’m just like, ‘I’ll beat him in another way,”’ he added.

“I think, ‘If I can just survive this corner, I will challenge and fight him another way, stay close, use strategy and all these different things.”