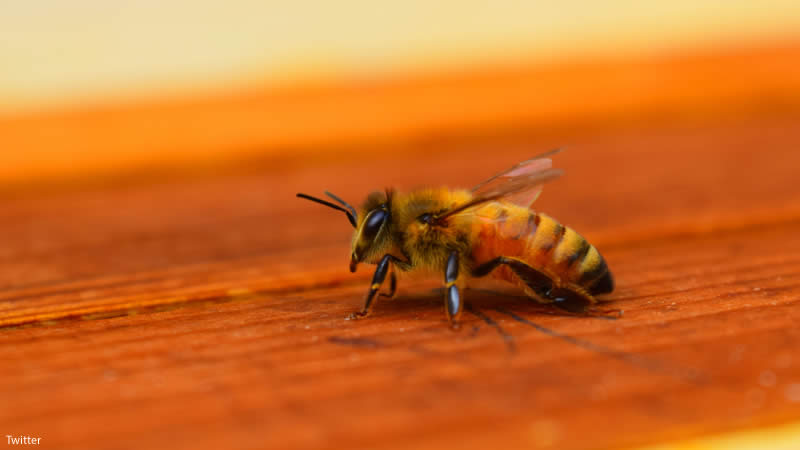 A new breed of honey bees gives a major growth in the global fight against the parasitic Varroa mite, new research shows.

The invasive mite, which has widened to all continents except Australia and Antarctica, has been the prime warning to honey bees since its starting expansion 50 years ago.

In the study – by the universities of Louisiana and Exeter, and the Agricultural Research Service of the US Department of Agriculture (USDA) – “Pol-line” bees, bred for resistance to the mite in a precise 20-year breeding program, were drooped alongside a standard variety in a large-scale pollination operation.

The mite-resistant bees were more than double as likely to face the winter (60% survival compared to 26% in standard honey bees). While the standard honey bees underwent high losses unless huge chemical miticide, treatments were used.

“The Varroa mite is the greatest threat to managed honey bee colonies globally,” said Dr. Thomas O’Shea-Wheller, of the Environment and Sustainability Institute at Exeter’s Penryn Campus in Cornwall.

“So far, new methods to control the mites – and the diseases that they carry – have had limited success, and the mites are becoming increasingly resistant to chemical treatments. It’s a ticking time bomb.

“By selectively breeding bees that identify and remove mites from their colonies, our study found a significant reduction in mite numbers, and crucially, a two-fold increase in colony survival.

“While this is the first large-scale trial, continued breeding and use of these bees have shown consistently promising results.

“This kind of resistance provides a natural and sustainable solution to the threat posed by Varroa mites, and does not rely on chemicals or human intervention.”

The study was observed in three US states (Mississippi, California, and North Dakota), where commercial beekeepers shift tens of thousands of colonies annually to give pollination for large-scale agriculture.

Varroa mites are produced in Asia, so European honey bees (the most common species kept for pollination) have not unfolded alongside them and therefore lack functional resistance.

However, directed bees sometimes counter to mites (which reproduce in the cells of bee larvae) by throwing out infested larvae – killing both the larvae and the mites, in a behavior known as Varroa-sensitive hygiene (VSH).

By selectively breeding for this trait, colonies can be made that automatically protect themselves from infestation, while keeping up large colony sizes and enough honey production.

“The great thing about this particular trait is that we’ve learned honey bees of all types express it at some level, so we know that with the right tools, it can be promoted and selected for in everyone’s bees,” said research molecular
biologist Dr. Michael Simone-Finstrom, of the USDA Agricultural Research Service.

Colony survival over the winter is especially important for beekeepers because honey bees are in high value in the early spring – the main time for pollinating high-value crops such as almonds.

Interestingly, however, when examined individually from levels of mite infestation, these viruses were not strong predictors of colony losses.

“A lot of research is focussed on the viruses, with perhaps not enough focus on the mites themselves,” Dr. O’Shea-Wheller said.

“The viruses are clearly important, but we need to take a step back and be rigorous in delivering the best practical outcomes because if you control the mites, you automatically control for the viruses that they transmit.”

Dr. O’Shea-Wheller said bee breeding and testing is expensive and takes time, but that breeding mite-resistant bees is cost-effective in the long term and is likely to be the only sustainable solution to deal with the Varroa pandemic.

The study was funded by USDA.

This article originally appeared in Science Daily and has been updated.

Shanghai Policy Of Spreading Positivity Among Its Citizens
What is COVID-19 Rebound? Fauci Experiences ‘Paxlovid Rebound’ after COVID-19 Diagnosis