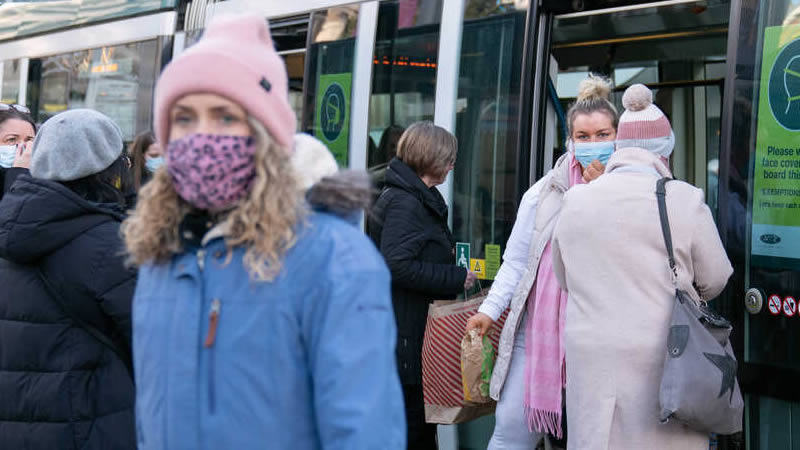 The World Health Organization (WHO) said on Monday (29) that the Omicron coronavirus strain is likely to spread internationally, posing a “very high” global risk of infection surges that might have “severe consequences” in some areas.

The UN agency urged its 194 member states to speed up vaccination of high-priority groups and to “ensure mitigation plans are in place” to preserve key health services in the event of higher case numbers.

“Omicron has an unprecedented number of spike mutations, some of which are concerned for their potential impact on the trajectory of the pandemic,” the WHO said.

“The overall global risk related to the new variant …is assessed as very high.”

No deaths have been linked to Omicron so far, though more research is needed to determine Omicron’s ability to evade immunity established by vaccines and past infections, according to the report.

“Increasing cases, regardless of a change in severity, may pose overwhelming demands on health care systems and may lead to increased morbidity and mortality. The impact on vulnerable populations would be substantial, particularly in countries with low vaccination coverage,” it said.

As per Easterneye, the variant was initially reported to WHO on Nov. 24 from South Africa, where infection rates have been rapidly increasing.

It has subsequently spread over the world, with fresh cases being discovered in the Netherlands, Denmark, and Australia, despite more countries imposing travel restrictions to try to seal themselves off. Japan said on Monday (29) that it would close its borders to outsiders, joining Israel as the first country to do so.

Countries should apply a “risk-based approach to adjust international travel measures in a timely manner,” according to the WHO’s latest guidance. It stated that more advice will be forthcoming.

“The presence of multiple mutations of the spike protein in the receptor-binding domain suggests that Omicron may have a high likelihood of immune escape from antibody-mediated protection. However, immune escape potential from cell-mediated immunity is more difficult to predict,” it said.

“Overall, there are considerable uncertainties in the magnitude of immune escape potential of Omicron.”
More data was expected in the coming weeks.

“Covid-19 cases and infections are expected in vaccinated persons, albeit in a small and predictable proportion”, it added.