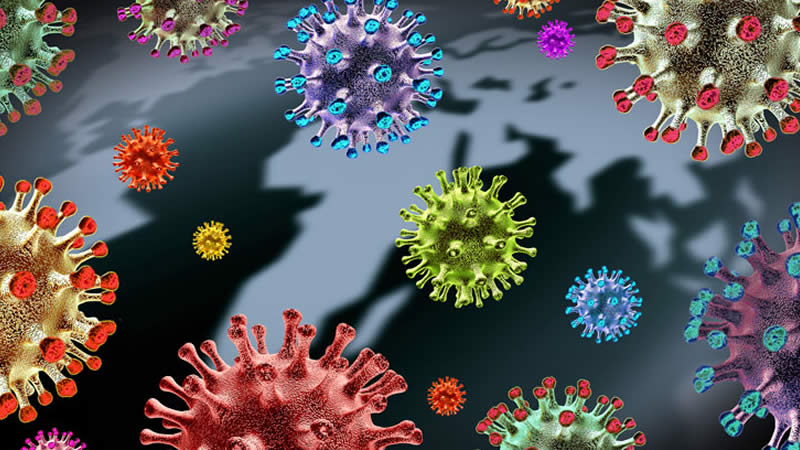 Despite the fact that daily new COVID cases set all-time highs and hospitals are overflowing, epidemiologists have reached a possibly surprising consensus. Yes, the most recent Omicron variant of the novel coronavirus is dangerous. But things could have been much worse.

Even though the number of reported cases has increased, the number of deaths has not—at least not to the same extent. Omicron is highly transmissible but not as severe as some older variants—the scientific term is “lineages.”
We struck gold. But that luck may not last. Many of the same epidemiologists who were relieved by Omicron’s low death rate are now worried that the next lineage will be much worse.

Worried about a future lineage that combines Omicron’s extreme transmissibility with the severity of, say, the previous Delta lineage, experts are beginning to embrace a new public health strategy that is being tested in Israel: a four-shot regimen of messenger-RNA vaccine.

“I think this will be the strategy going forward,” Edwin Michael, an epidemiologist at the University of South Florida’s Center for Global Health Infectious Disease Research, told The Daily Beast.

After the first cases of Omicron were reported in South Africa in late November, health officials around the world raised the alarm. In comparison to older lineages, Omicron has around 50 key mutations, 30 of which are on the spike protein that aids the viruses to grab onto our cells.

That is exactly what happened. During the first week of January, health officials recorded more than 10 million new COVID cases. This is nearly double the previous worst week for new infections, which occurred in May. Around 3 million of those infections occurred in the United States, where Omicron was associated with the Thanksgiving, Christmas, and New Year’s holidays, as well as associated travel and family gatherings.

But, thankfully, deaths have not increased as much as in cases. The first week of January saw 43,000 COVID deaths worldwide, with fewer than 10,000 occurring in the United States. While deaths typically follow infections by a few weeks, Omicron has been dominant for long enough that there has been what statisticians refer to as a “decoupling” of cases and fatalities.

“We can say we dodged a bullet in that Omicron does not appear to cause as serious of a disease,” Stephanie James, the head of a COVID testing lab at Regis University in Colorado, told The Daily Beast. She stressed that data is still being gathered, so we can’t be certain that the apparent decoupling is real just yet.

Experts attribute the decoupling to two factors, assuming it is occurring. First, Omicron tends to infect the throat without necessarily descending the lungs, where the potential for long-term or fatal damage is much higher. Second, countries have now administered nearly 9.3 billion doses of vaccine, which is enough to ensure that the vast majority of the world’s population has received at least one dose.

In the United States, 73% of people have gotten at least one dose. Sixty-two percent have received two doses of the most effective mRNA vaccines. A third received a booster shot.

Yes, Omicron can evade antibodies, which means vaccines are less effective against this lineage than they are against Delta and other older lineages. Even if a vaccine does not prevent infection, it usually greatly reduces the severity of the infection.

For many vaccinated people who’ve caught Omicron, the resulting COVID infection is mild. “A common cold or some sniffles in a fully vaxxed and boosted healthy individual,” is how Eric Bortz, a University of Alaska-Anchorage virologist and public health expert, described it to The Daily Beast.

All of this is to say that Omicron could have been much worse. Viruses evolve in order to survive. This can result in higher transmissibility, antibody evasion, or a more serious infection. For the first two, Omicron mutated. There’s a chance that some future Sigma or Upsilon lineage will be able to do all three.

“Extreme events can occur at a non-negligible rate, or probability, and can lead to large consequences,” Michael said of viral mutations. Consider a lineage that is as transmissible as Omicron but also attacks the lungs as Delta does. Consider that this hypothetical lineage is even more adept at evading vaccines than Omicron.

That is the nightmare lineage. And it’s entirely possible that it’ll happen in the future. There are enough vaccine skeptics, such as the roughly 50 million Americans who refuse to be vaccinated, that the SARS-CoV-2 pathogen should have more than enough opportunities for mutation.

“As long as we have unvaccinated people in this country—and across the globe—there is the potential for new and possibly more concerning viral variants to arise,” Aimee Bernard, a University of Colorado immunologist, told The Daily Beast.

Worse, this ongoing viral evolution is taking place against the backdrop of waning immunity. Antibodies fade over time, whether they are induced by a vaccine or occur naturally as a result of a previous infection. It’s not for nothing that health authorities in many countries recommend booster shots three months after the initial vaccination. The Centers for Disease Control and Prevention in the United States is an outlier, recommending that people get boosted after five months.

A lineage far worse than Omicron could rise at the same time that antibodies decline in billions of people worldwide. As a result, many experts believe the COVID vaccines will be administered on an annual or semi-annual basis. You’ll need a fourth jab, a fifth jab, a sixth jab, etc forever.

Israel, a global health leader, is already making that expectation policy. The country’s health ministry this week began offering a fourth dose to anyone over the age of 60, who tend to be more vulnerable to COVID than younger people, citing multiple studies that showed a significant increase in antibodies with an additional dose of mRNA and no safety concerns.

That should be the standard everywhere, according to Ali Mokdad, a professor of health metrics sciences at the University of Washington Institute for Health. “Scientifically, they’re right,” he said of Israeli health officials.

If there is a downside, it is that there are still a few poorer countries—mostly in Africa—where many people struggle to get any vaccine, let alone boosters and fourth doses. If and when other rich nations follow Israel’s lead and begin providing additional vaccines, there is a chance that global vaccine distribution will become even more unequal.

“The downside is for the rest of the world,” Mokdad said. “I’m waiting to get my first dose and you guys are getting a fourth?”

The solution is not to deny people the doses they require to remain protected against future—and potentially more dangerous—lineages. The solution for vaccine-producing countries is to increase production and increase efforts to get vaccines to underprivileged areas.

A sense of urgency is essential. Despite its rapid spread, Omicron has been fairly soft on us. Sigma and Upsilon, on the other hand, might not.