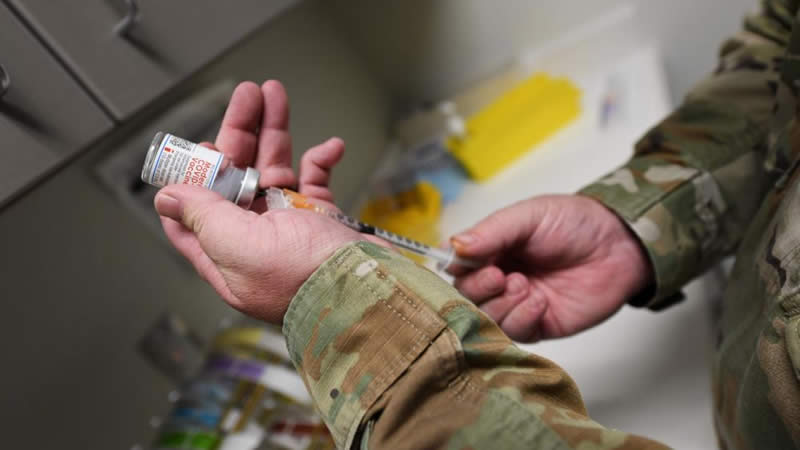 The Army has relieved six active-duty commanders, including two battalion commanders, and issued 2,994 general officer written reprimands to soldiers who refused to receive a COVID vaccine.

The Army said in a statement Wednesday that the punishments were imposed for refusing to comply with Defense Secretary Lloyd Austin’s legal order to receive a COVID-19 vaccine. The Army has not yet initiated separations for soldiers who refuse the vaccine, but more information is expected later this month.

At least 96% of active-duty Army soldiers are fully vaccinated. The Army set a December 15, 2021 deadline for active-duty soldiers to complete their COVID vaccination.

According to the Navy’s weekly update, there are 5,209 active-duty sailors and 2,968 members of the ready reserve who are still unvaccinated. Commanders separated 20 soldiers who had less than 180 days left on active duty for refusing the COVID-19 vaccine.

Austin mandated the vaccine in September but left the deadlines up to the services. The deadlines for each service’s active and reserve components to receive a vaccine have passed, with the exception of the Army National Guard, which has until June 30.

Boosters are not currently required to be considered “fully vaccinated” and comply with the Pentagon’s COVID-19 rule, but as the Omicron wave spreads, Pentagon spokesperson John Kirby has stated that a booster requirement is being actively discussed at the Defense Department.