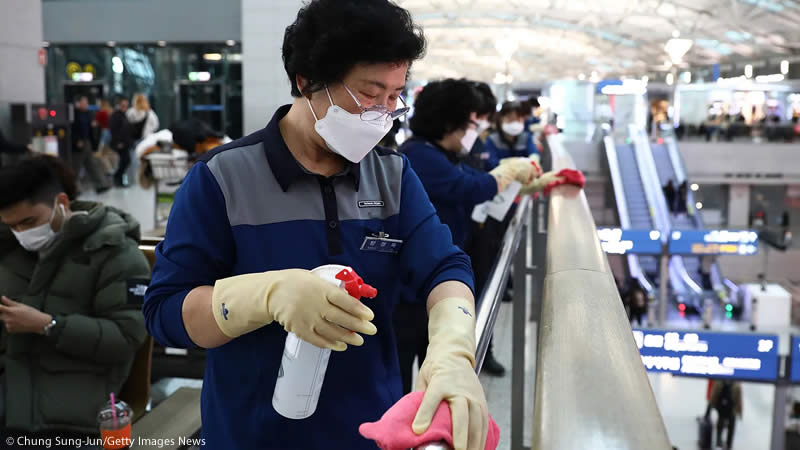 China appears to be losing the war against COVID-19, but it isn’t ready to concede defeat just yet.

Facing the worst nationwide outbreak since the pandemic’s initial wave, officials have imposed lockdown restrictions in cities across the country, with production lines in Shenzhen’s tech hub and offices in Shanghai’s financial capital stopped.

Since the virus first emerged in Wuhan in late 2019, the Chinese government has followed a strong zero-COVID policy, shutting down entire cities whenever cases appear and utilizing mass testing and tight quarantining to bring local epidemics under control.

However, Chinese virologists believe that the emergence of the Omicron variant and its new “stealth” subvariant—both of which appear to evade China’s Sinovac vaccine—could leave that policy in tatters.

For those in the Americas or Europe, the number of cases reported from China appears to be quite low: On Monday, authorities in mainland China reported 1,337 new locally transmitted cases. According to the main COVID tracker, the United Kingdom is currently witnessing more than 200,000 cases each day.

However, Hong Kong, a former British colony that is now legally semi-autonomous, is a cause for concern. Despite widespread vaccination, Omicron appears to be spreading unchecked among the inhabitants of the island region, which has had an average of 40,000 cases per day over the last week.

The northeastern province of Jilin, which borders North Korea, is the hardest hit on the mainland, with many residents restricted to their houses save for grocery shopping trips every other day. Jilin has recorded more than 4,000 cases in the past fortnight.

However, there have been a number of smaller outbreaks as well. On Saturday, officials in Shenzhen, a city of 17.5 million people on the outskirts of Hong Kong, registered 66 new cases, leading authorities to suspend mass transit and close factories, including the massive Foxconn facility that produces the Apple iPhone. Residents have been instructed to stay at home for the next week unless they are called for three rounds of mandatory testing.

The outbreak is being driven by the Omicron BA.2 “stealth” subvariant, the most infectious lineage of the SARS-Cov-2 virus yet, according to a prominent infectious-disease expert from Shanghai, Zhang Wenhong, who wrote an article for the Chinese business magazine Caixin.

“If our country opens up quickly now, it will cause a large number of infections in people in a short period of time,” Zhang wrote, according to a translation carried by the Associated Press. “No matter how low the death rate is, it will still cause a run on medical resources and a short-term shock to social life, causing irreparable harm to families and society.”

Apple’s manufacturing partner, Foxconn, claimed the Shenzhen lockout would be eased by the firm’s “diversified production sites in China.”

However, from a broader economic point of view, the lockdowns in Shenzhen and Dongguan could not have happened at a worse moment. Panic selling caused Chinese tech stocks listed on the Hong Kong exchange to drop 11% on Monday, the most in a single day since the 2008 crash, on fears that China could be drawn into the Ukraine conflict or that Chinese companies doing business in Russia could face Western sanctions.

If China maintains its zero-COVID policy despite Omicron’s spread, one alternative is to require manufacturers to adopt “closed management” systems, in which employees live and work in a COVID-free “bubble.” Last month’s Winter Olympics in Beijing were protected by such a system, with officials and volunteers wearing hazmat suits to marshal and test visiting athletes, as well as using robots to serve them. It would be more difficult to make this work in a megacity like Shenzhen or Shanghai.

The Daily Beast By Philippe Naughton contributed to this report

Pfizer’s CEO says 4th dose of COVID vaccine will be required: “It is necessary, a fourth (dose) for right now”
Scots Could Be Given Different Covid Vaccine to Protect Them from ‘Multiple Variants’ of New Covid Strains Develop In Future