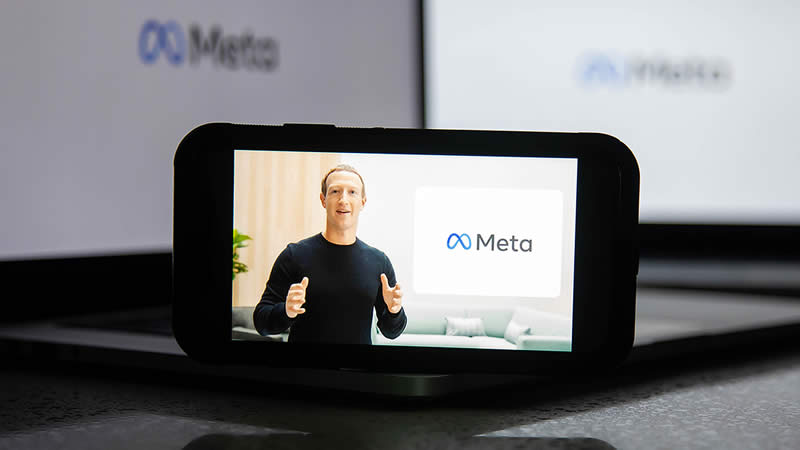 Mark Zuckerberg, co-founder of Facebook, err Meta, discusses why the name was changed to signify a shift in focus to an augmented reality future.

Late Thursday night, Facebook startled the world by confirming prior predictions that it would undergo a massive rebranding effort.

The social media behemoth stated that the name of its corporate holding company would be changed from Facebook to ‘Meta.’

The rebrand portrays the blue Facebook app as one of several products managed by Meta, a parent holding company that oversees Facebook, Instagram, WhatsApp, Oculus, and other divisions.

This is a similar structure to the one employed by Google in 2015 when it became an independent unit under the holding company called Alphabet.

Mark Zuckerberg, the co-founder of Facebook/Meta, has written a lengthy blog post detailing his thoughts on the major shakeup of his corporate juggernaut.

Zuckerberg wants to go beyond social networking and expand his futuristic ‘metaverse’ vision that he had revealed back in July, which would offer immersive experiences that connect to work, games, and real-world events,.

As per Silicon, in a hint of how serious he is about augmented reality, Facebook announced last week that it would create 10,000 new jobs across the European Union to help him realize his metaverse vision.

Then on Thursday night, Zuckerberg added that technology has given us the ability to connect and express ourselves more naturally in recent decades.

“When I started Facebook, we mostly typed text on websites,” he wrote. “When we got phones with cameras, the internet became more visual and mobile. As connections got faster, video became a richer way to share experiences. We’ve gone from desktop to web to mobile; from text to photos to video. But this isn’t the end of the line.”

“The next platform will be even more immersive – an embodied internet where you’re in the experience, not just looking at it,” wrote Zuckerberg. “We call this the metaverse, and it will touch every product we build.”

“The defining quality of the metaverse will be a feeling of presence – like you are right there with another person or in another place,” he added. “Feeling truly present with another person is the ultimate dream of social technology. That is why we are focused on building this.”

“The metaverse will not be created by one company,” he wrote. “It will be built by creators and developers making new experiences and digital items that are interoperable and unlock a massively larger creative economy than the one constrained by today’s platforms and their policies.”

Meta’s role in this journey, according to Zuckerberg, is to speed the development of basic technologies, social platforms, and creative tools to bring the metaverse to life, as well as to tie these technologies together through its social media apps.

“As I wrote in our original founder’s letter: “we don’t build services to make money; we make money to build better services,” he said.

And then Zuckerberg touched upon the also constant stream of scandals that have engulfed Facebook in recent years.

“The last five years have been humbling for me and our company in many ways,” he said. “One of the main lessons I’ve learned is that building products people love isn’t enough.”

“I’ve gained more appreciation that the internet’s story isn’t straightforward,” he said. “Privacy and safety need to be built into the metaverse from day one. So do open standards and interoperability.”

“This period has also been humbling because as big of a company as we are, we’ve also learned what it’s like to build on other platforms,” he added. “Living under their rules has profoundly shaped my views on the tech industry. I’ve come to believe that the lack of choice for consumers and high fees for developers are stifling innovation and holding back the internet economy.”

“We’ve tried to take a different approach,” he said. “We want our services to be accessible to as many people as possible, which means working to make them cost less, not more.”

“That’s the approach we want to bring to helping to build the metaverse,” he stated. “We plan to sell our devices at cost or subsidized to make them available to more people. We’ll continue supporting side-loading and streaming from PCs so people have a choice, rather than forcing them to use the Quest Store to find apps or reach customers. And we’ll aim to offer developer and creator services with low fees…”

According to Zuckerberg, the metaverse will reach a billion people within the next decade, host hundreds of billions of dollars of digital commerce, and provide jobs for millions of creators and developers.

Then Zuckerberg explained the reasons to rebrand under the name ‘Meta.’

“Today we’re seen as a social media company,” he wrote. “Building social apps will always be important for us, and there’s a lot more to build. But increasingly, it’s not all we do. In our DNA, we build technology to bring people together. The metaverse is the next frontier in connecting people, just like social networking was when we got started.”

“Right now our brand is so tightly linked to one product that it can’t possibly represent everything we’re doing today, let alone in the future,” he said. “Over time, I hope we are seen as a metaverse company, and I want to anchor our work and our identity on what we’re building towards.”

“We just announced that we’re making a fundamental change to our company,” he said. “We’re now looking at and reporting on our business as two different segments: one for our family of apps and one for our work on future platforms. The metaverse encompasses both social experiences and future technology. As we broaden our vision, it’s time for us to adopt a new brand.”

“Our mission remains the same – it’s still about bringing people together,” he stated. “Our apps and their brands aren’t changing either. We’re still the company that designs technology around people.”

“But all of our products, including our apps, now share a new vision: to help bring the metaverse to life,” he added. “And now we have a name that reflects the breadth of what we do.”

“From now on, we will be metaverse-first, not Facebook-first,” he concluded. “That means that over time you won’t need a Facebook account to use our other services. As our new brand starts showing up in our products, I hope people around the world come to know the Meta brand and the future we stand for.”