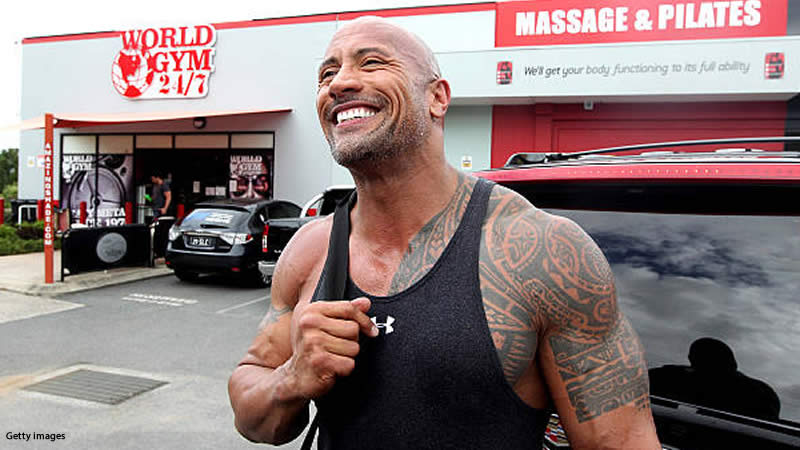 Dwayne Johnson believes that growing older is all about achieving balance.

The Black Adam star, 50, spoke up to Men’s Health for its December cover story on how working out has been his saving grace both physically and spiritually during some of his most difficult years. It’s even taught him the value of vulnerability.

“During those times when I fell into and was challenged by depression, the gym became my best friend and I know it’s like that for many people,” he explained. “You’re able to go to the gym to sweat out toxins and get a little bit more clarity when you walk out the door. It doesn’t fix the problem, but it helps.”

For the megastar, achieving balance is a technique he’s honed with age and hopes other guys may benefit as well.

“As guys, we have a tendency to not ask for help,” he said. “Ego gets in the way, and we start stuffing things deep down in our guts, which is not a good thing. I’ve become an advocate for asking for help.”

The actor added that he’s found balance by “making sure that I still remain in touch with the simple core things that are important to me.” After all, “life can get crazy and funny for all of us, but especially when you get a little bit of fame, things have a tendency to go sideways.”

While having over 347 million Instagram followers is a “blessing,” Johnson recognizes that with great power comes great responsibility. Finding methods to combine physical and mental wellness for his male fans is a priority for him.

“I have trained long enough to know that there are some good takeaways that I could share that could help my audience in their fitness and wellness journey,” he said of routinely posting his workouts on social media. “One of the responsibilities, though, is to make sure that the things I’m posting are smart, training-wise — not dumb s*** that’ll get you hurt.

Johnson’s exercise routine is no laughing matter. He sought to get in the “best shape” he’d ever been in while filming Black Adam, which will be available on HBO Max on December 22.

And you’re trying to fake it till you make it, that kind of thing,” he said. “At 40, I said, ‘OK, I’m going to spend the next decade training as smart as I can, balancing out training and family and work, being an open sponge, learning every day but also not worrying about ego training, not worrying about the weight that I’m putting on the bar, pushing myself so hopefully, by the time I hit the fifth level, my joints are feeling great and I’m still able to not only maintain but add real muscle and some really dense muscle.'”

Though his routine seems to be severe, he maintains there is a spiritual reason for his craziness.

“There’s a Polynesian word called mana,” Johnson, who says he’s half Black and half Samoan, notes. “Really what it means is like an energy, a force, a power that we all have, and it’s ever-existent in our world.

When I talk about mana, it’s a feeling that I get that’s just here deep in the DNA, and you can get it when you walk into the gym. You can feel the mana. It can be quite palpable.”

“I’ve always been connected to my cultures, my family, and my ancestors, but as you go down the road of life, you start to get more connected with your spirituality in that kind of way where you start to realize what mana actually means, you know?” he continued.