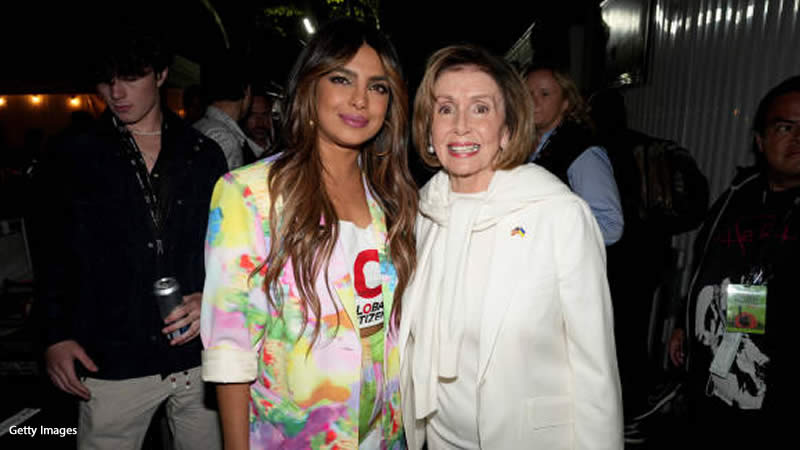 Mariah Carey, Metallica, The Jonas Brothers, and Usher performed at the festival

On Saturday night, attendees at a music festival in New York City appeared to boo House Speaker Nancy Pelosi after she made a surprise appearance at the event.

According to social media videos, Pelosi, dressed in a white pantsuit with a matching scarf, took the stage at NYC’s Global Citizen music festival, where she was booed by the audience.

Pelosi spoke briefly about carbon pollution and climate change after being introduced to the stage by Priyanka Chopra Jonas, an actress who is married to Nick Jonas.

“As speaker of the house, I am here to thank you for your dazzling advocacy, entrepreneurial thinking, and determination as global citizens,” she told the crowd, according to the New York Post.

@JackPosobiec I was at the global citizen festival in Central Park Manhattan, and they brought Nancy Pelosi out and she got heavily booed.

“It’s thanks to your help that the United States recently enacted historic climate legislation, which will be a game changer,” she added, drowned out by the crowd. “It will slash carbon pollution by 40% by 2030, it will give a historical, a historic $370 billion to fight the climate crisis.”

The California representative can also be heard calling for “better water and air for our children” and “better-paying jobs and lower energy bills for their parents.”

The crowd responded angrily to her comments.

Pelosi can also be heard mentioning her grandsons, Paul and Thomas, who were present.

Other people can be heard cheering and applauding Pelosi.

The festival featured performances by Mariah Carey, Metallica, The Jonas Brothers, and Usher.