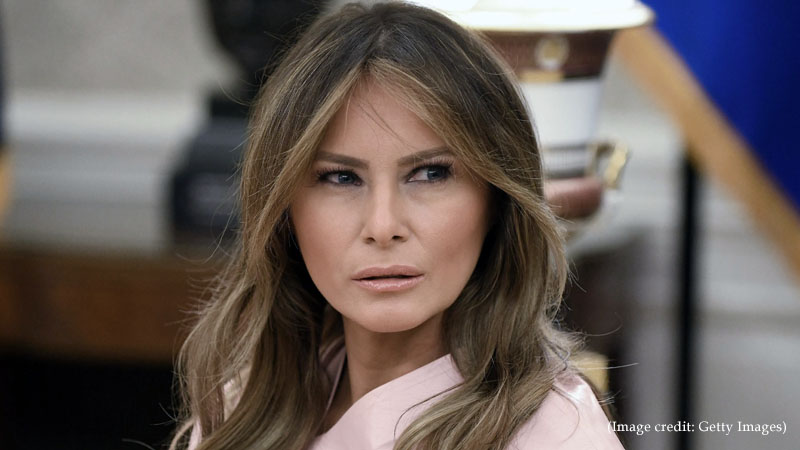 Melania Trump gave her first sit-down interview since leaving the White House on Fox News on Sunday, where she discussed her ongoing work as a former first lady and reflected on her time in the White House and what came after.

It was a rare public appearance for Donald Trump’s wife, who has avoided the spotlight since leaving the East Wing, compared to the former president.

“Life is great and [I’m] keeping it busy. And, you know, time flies fast and we are just — everybody is doing very well,” Melania told Pete Hegseth on “Fox & Friends Weekend.”

When Trump’s term ended in January 2021, she and her husband moved to their Mar-a-Lago Club in Palm Beach, Florida, and Melania has kept a lower profile outside of the White House than she did while in office, traveling between Trump properties in New Jersey, New York, and Florida and spending much of her time with her family and her teenage son, Barron.

Melania Trump said in an interview with Hegseth on Sunday that she had “enjoyed living in the White House. To be the first lady of the United States was my greatest honor.”

But she said she still bristled at the scrutiny of her time in the White House, particularly when she sparked controversy with some of her fashion choices, such as wearing an “I Really Don’t Care Do U?” jacket while visiting migrant children in 2018, which she claimed was a message to the media.

Melania Trump dismissed criticism of her as unfair in a Fox News interview, responding to a question from Hegseth about why she was not on the cover of Vogue while in the White House, despite being a major public figure and former model.

“They’re biased and they have likes and dislikes. And it’s so obvious,” she said. “And I think American people and everyone see it. It was their decision. And I have much more important things to do and I did in the White House than being on the cover of Vogue.”

“People I see always criticize me, whatever I do, and I’m used to that,” Trump added. “I move forward and I’m here to help people. And that is the mission.”

On Monday, Vogue representatives did not immediately respond to a request for comment. “I think it’s important for Vogue to support women who are leading change in this country,” Anna Wintour, the magazine’s editor in chief, said in 2019 about covering Melania Trump as the first lady.

Elsewhere in her “Fox & Friends” interview, Melania Trump also discussed her work with children in foster care with a project called Fostering the Future, which is part of the “BeBest” initiative she started in the White House and has continued.

“Those people who criticize me, I would encourage them to help in their own community or maybe join my Foster the Future initiative,” she told Hegseth.

So far, she’s made appearances at Florida foster care organizations, and she said on Fox News that a portion of the money from sales of her burgeoning NFT collection “will go towards education, providing education, opportunities for foster care children who are aging out of the foster system,” though it’s unclear how much money will be donated in this way.

Melania said that the funds will also be used to support scholarships. Michael Weitzman, one of the recipients, said the support was “literally a dream come true” during Melania’s “Fox & Friends” interview.

Melania also spoke about politics, echoing her husband’s criticisms of President Joe Biden’s administration on issues such as border and immigration policy, as well as the shortage of baby formula, which she called “heartbreaking.”

As per ABCNewsgo, she was not asked about the Trump family’s ongoing legal issues and investigations, such as the congressional investigation into the pro-Trump Capitol riot on Jan. 6 and a related effort to overturn the 2020 election results.

The former president denied any wrongdoing; he has cast the investigations as politically motivated witch hunts.